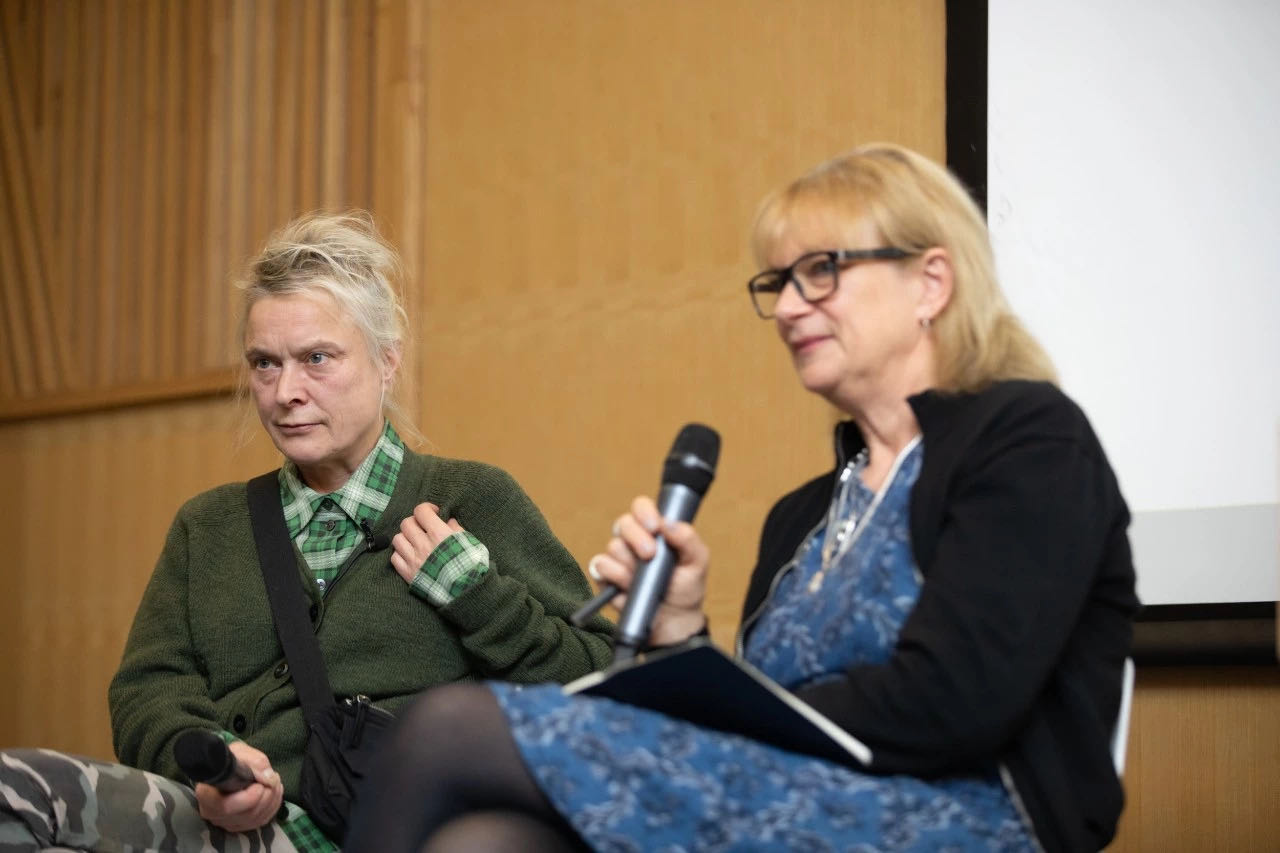 In colloquial term, unplugged can be understood as presented in a more low-key and intimate context than usual, Louisa Buck stressed that the dialogue will be conducted in a spontaneous and informal manner, like a conversation between two good friends, giving the audience an intimate portrait of this radical artist.

In this dialogue, Sarah Lucas and Louisa Buck will talk about the ongoing solo exhibition at the Red Brick Art Museum, considered by Lucas as the self-review of a thirty-year long career. They will talk about Lucas’ inspirations, concepts and their formation and evolvement, the artist’s choice of material, her creation process as well as her favorite method of combination; while also paying attention to the way she selected the exhibits in the context of her first solo exhibition in China.

Following her participation in the seminal group show ‘Freeze’ (1988), early solo shows included a presentation at the artist-run gallery City Racing, London, and ‘The Whole Joke’, Kingly Street, London (both 1992). In 1993 she collaborated with Tracey Emin on The Shop, a six-month venture on Bethnal Green Road.

Louisa Buck is a writer and broadcaster on contemporary art. She has been London Contemporary Art Correspondent for The Art Newspaper since 1997 and is a regular reviewer on BBC radio and TV.

She is the author of a number of catalogue essays for institutions including Tate, Whitechapel Gallery, ICA London and the Stedelijk Museum in Amsterdam.

Her books include Moving Targets 2: A User’s Guide to British Art Now (Tate 2000); Market Matters: The Dynamics of the Contemporary Art Market (Arts Council England 2004) and Owning Art: The Contemporary Art Collector’s Handbook (co-authored with Judith Greer) (Cultureshock Media 2006). Commissioning Contemporary Art: A Handbook for Curators, Collectors and Artists was published by Thames & Hudson in October 2012 and in 2016 she authored ‘The Going Public Report’ commissioned by Museums Sheffield.
Louisa was a judge for the 2005 Turner Prize.