Red Brick Art Museum is proud to announce the opening of “Andres Serrano: An American Perspective,” the artist’s first solo show in China. The exhibition was curated by Yan Shijie, with assistance from Sun Wenjie. The exhibition will open on November 4, 2017 and run through February 25, 2018.

The exhibition takes an American perspective, presenting the artist’s most recent Made in China series, as well as key works from his past. Serrano’s calm perspective in describing reality and critical perspective in challenging social taboos provide us with two themes through which we can begin to discuss this controversial artist’s work. The exhibition will present 53 works of photography and video from 16 of his major series. The exhibition will also feature Piss Christ (1987), Serrano’s most famous and controversial work, which depicts a crucifix submerged in urine.

Created this summer during the artist’s residency at Red Brick Art Museum, Made in China will be shown to the public for the first time at this exhibition. Serrano is Red Brick Art Museum’s first artist in residence and this was the artist’s first trip to China. Through the subject of Chinese marriages, he wanted to reflect the diversity of the “state of China.” He made a public call for recently-married couples, single men and women, and divorced people of different ages and social backgrounds who participated in a work on Chinese marriage. The participants wore formal attire and appeared in dramatic pictures, which explore marriage, love, relationships, and the deficiencies in these concepts and institutions. Made in China is Serrano’s most recent work, it corresponds with Budapest (1994), America (2001), and Cuba (2012).

A portrait of current U.S. president Donald Trump, shot in 2004, is just one of the works included in Serrano’s America series, which will be shown to Chinese audiences for the first time. Serrano began work on America after 9/11, taking portraits of 115 Americans, including firemen that went through 9/11, the descendants of American indigenous peoples, and a pimp. As often happens in Serrano’s work, America presents larger themes through symbolic individuals, exploring identity and cultural diversity.

Also presented at this exhibition, his series Objects of Desire (1992) is a series of close-up photographs of guns, simultaneously images of violent weapons, cool refinement, or intense danger, which reflect on the social issue of gun ownership and collecting. Torture (2015) presents still-life images of Medieval instruments of torture and the hooded men, which focuses the viewer on people who were oppressed or ostracized during that time. In Immersions (1987-1990) and Bodily Fluids (1987-1990), provocative substances such as urine, milk, blood, and semen are presented in formalist, dreamy images.

Andres Serrano was born in New York in 1950 to a Catholic immigrant family. After studying at the Brooklyn Museum Art School in New York, he decided to focus on photography as a medium for his

conceptual art practice; although he is generally considered to be a self-taught artist, Serrano has claimed Duchamp as a teacher. Serrano came to prominence in 1987 when his work Piss Christ was protested by American conservatives, including Republican Senators from New York, touching off a debate between liberals and conservatives regarding the work. History of Sex (1995-1996) was damaged by enraged Neo-Nazis in Sweden in 2007. Although he has endured challenge and censure, and the destruction of his work, his work has always followed closely the universal topics of our times, including religion, race, violence, and sex. Even as he confronts standards by which people make values judgments, Serrano references classical aesthetics to create stunning visual images.

Andres Serrano lives and works in Manhattan. In 2017, he was made a Chevalier of the Order of Arts and Letters in France. He has had solo exhibitions at the Petit Palais in Paris (France, 2017), La Maison Européenne de la Photographie in Paris (France 2016), the Royal Museums of Fine Arts of Belgium in Brussels (Belgium, 2016), the Collection Lambert en Avignon (France, 2016), the Fotografiska Museum of Stockholm (Sweden, 2015), the Château de Villeneuve, Fondation Emile Hugues in Vence (France, 2015), the Palais Fesch – Musée des Beaux-Arts in Ajaccio (Corsica, 2014), the Kulturen of Lund (Sweden, 2007), the Villa Croce Museo d’Arte Contemporanea in Genoa (Italy, 2006), the Williams College Museum of Art (USA, 2006), and the Moscow House of Photography (Russia, 2005).

Groninger Museum (The Netherlands), and the Corcoran Gallery of Art in Washington, D.C. (USA). 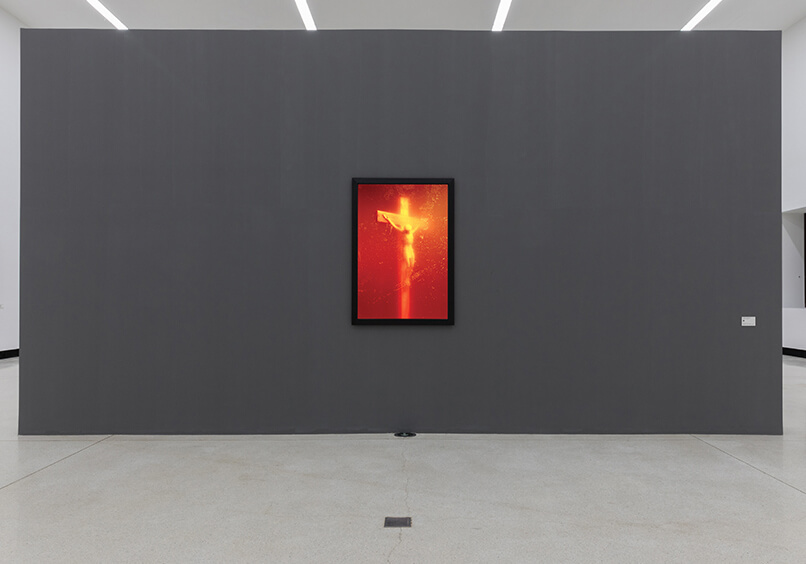 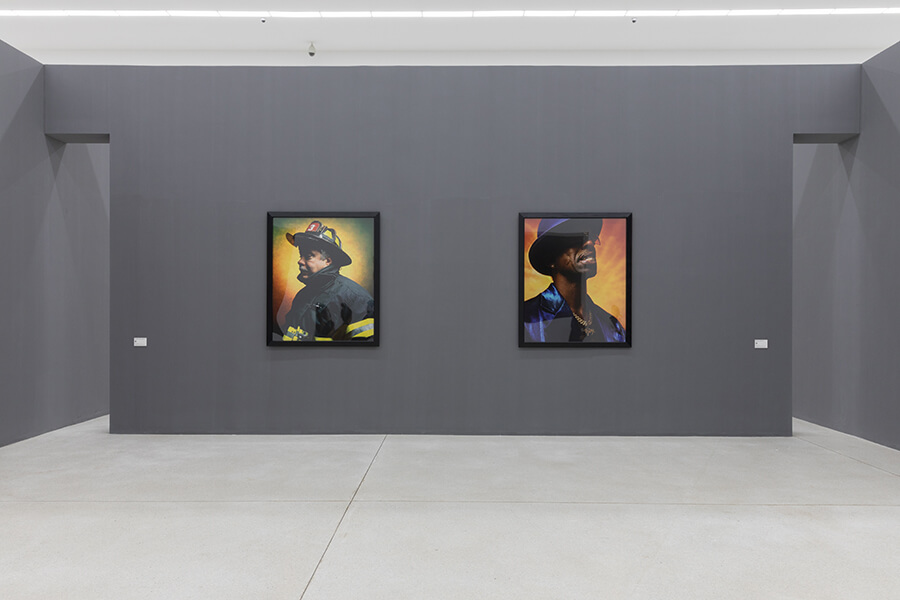 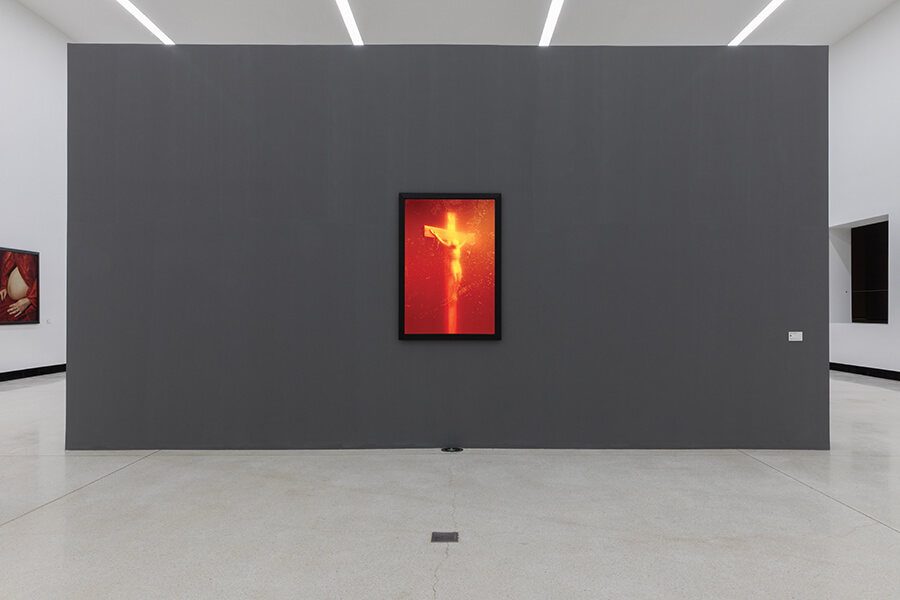 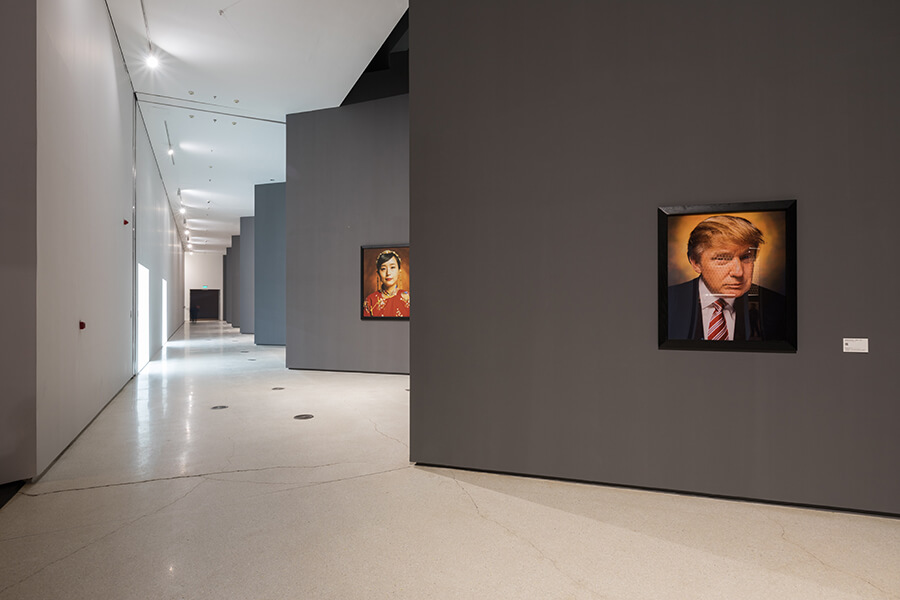 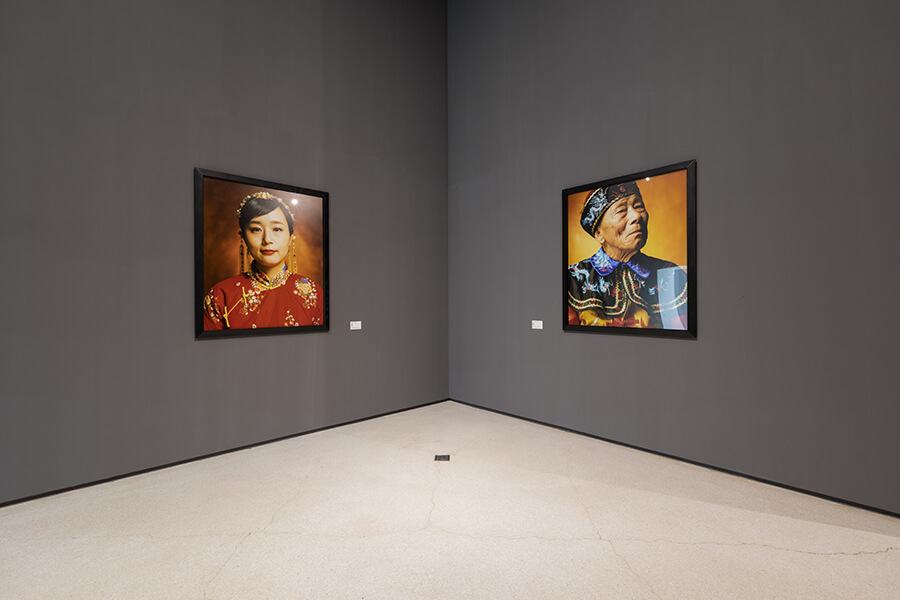 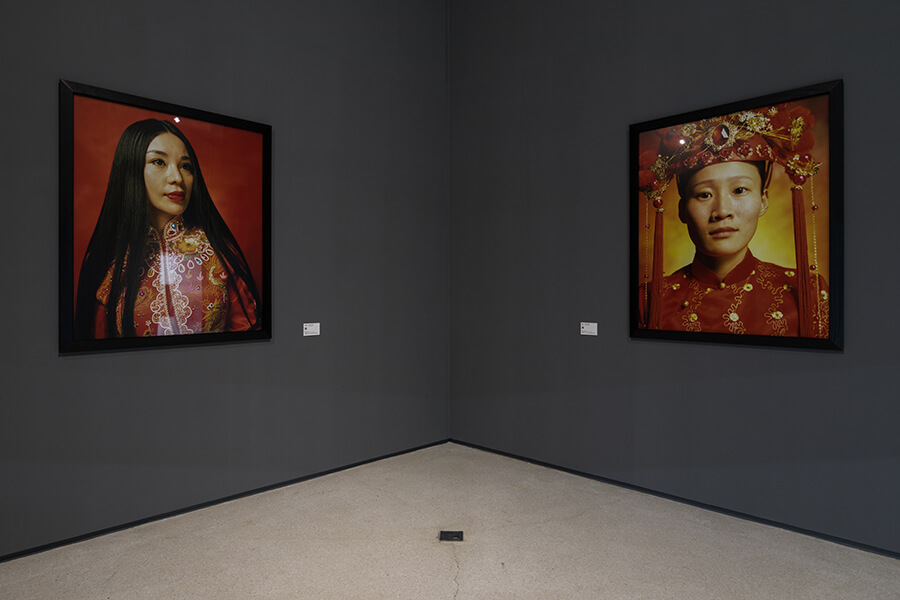 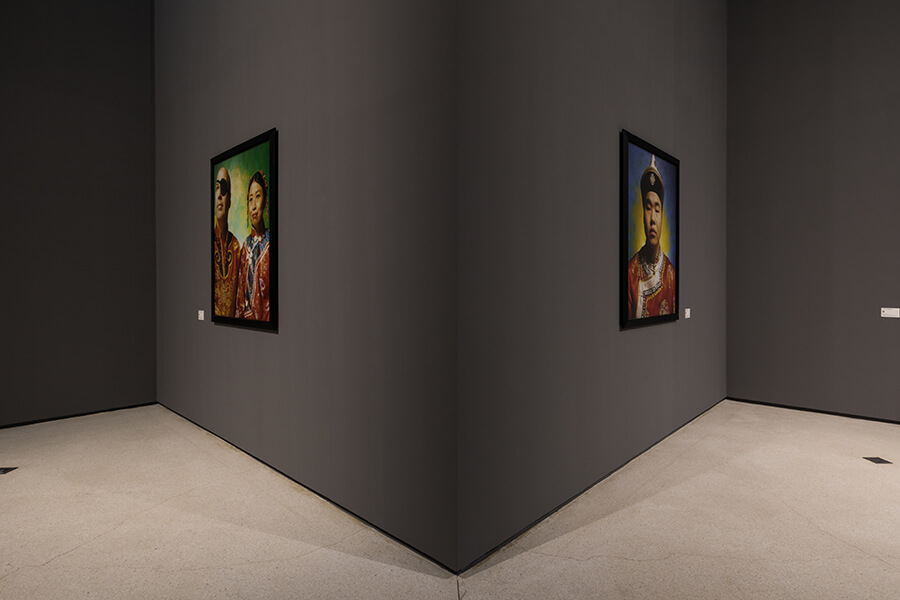 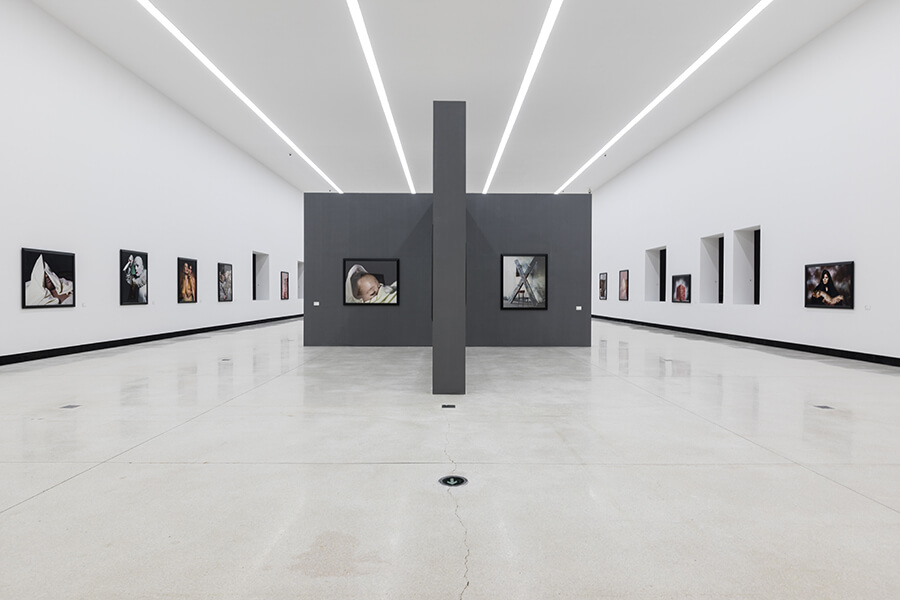 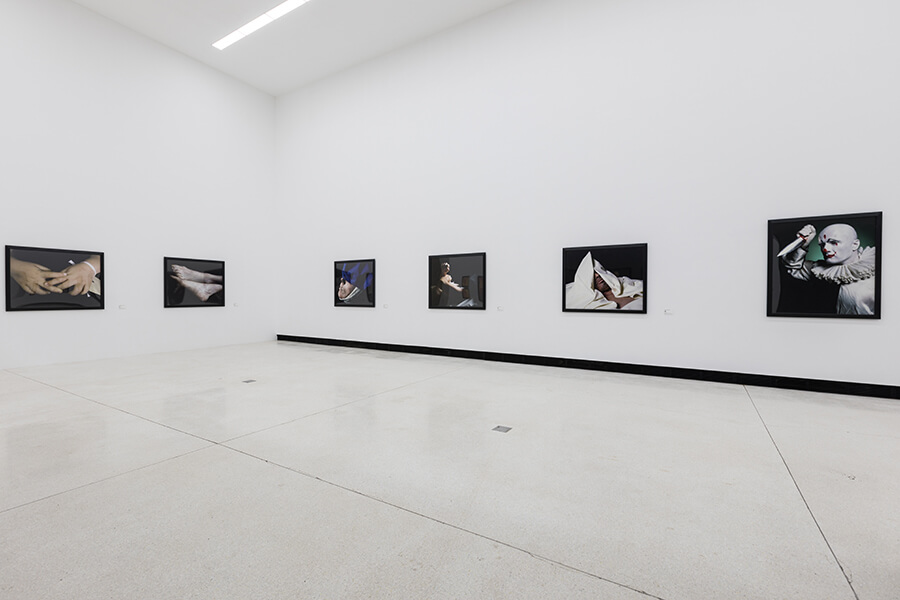 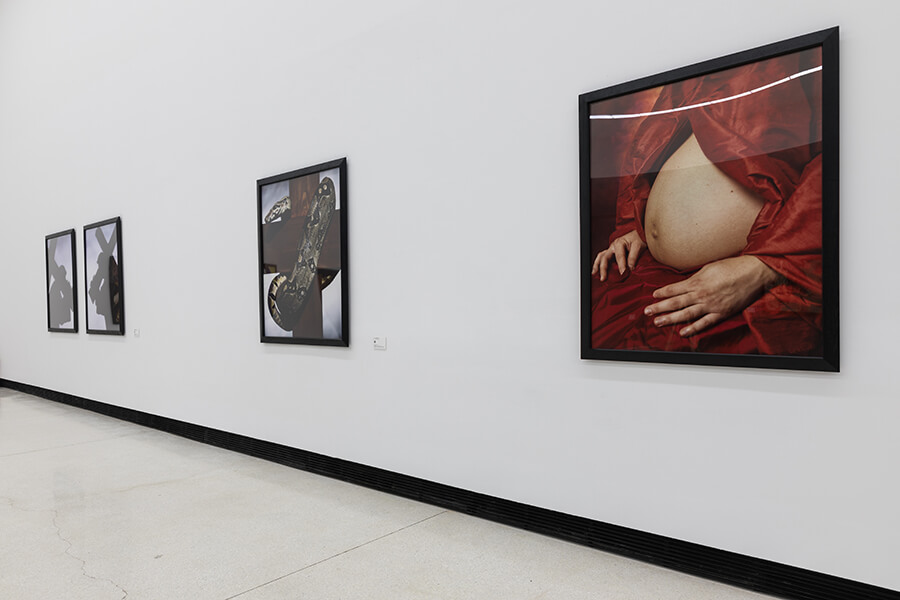 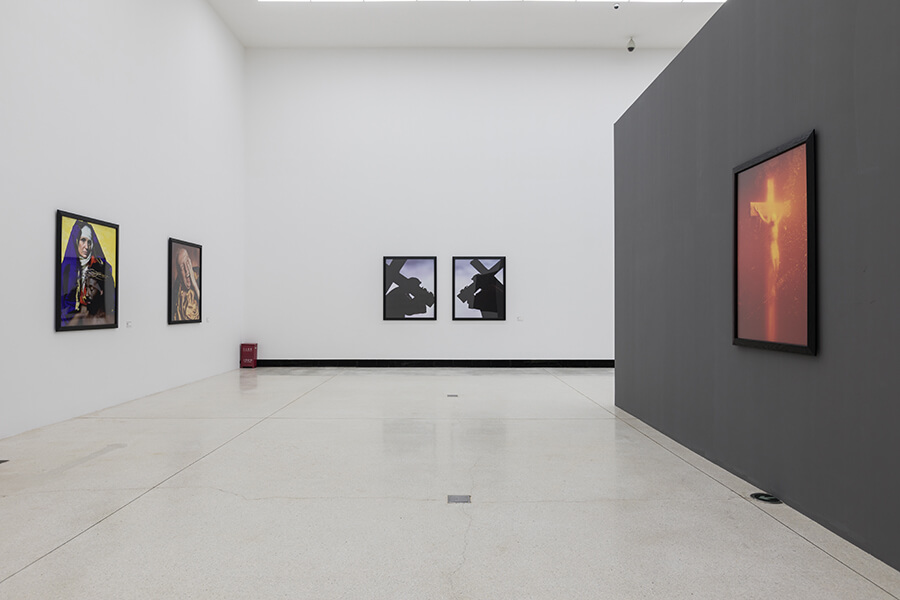 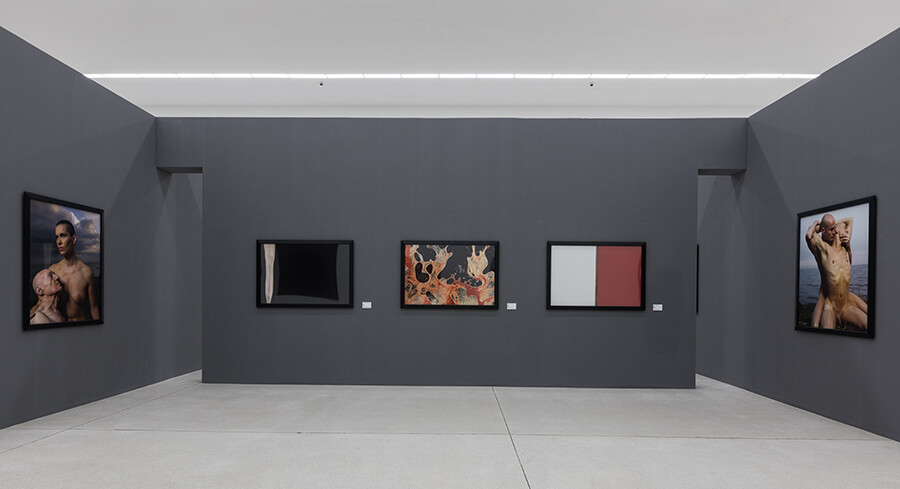 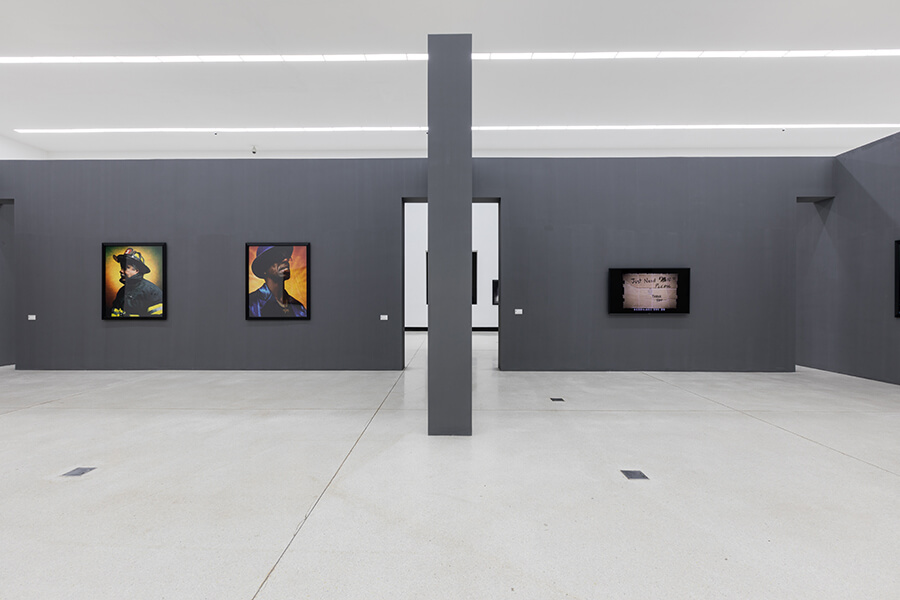 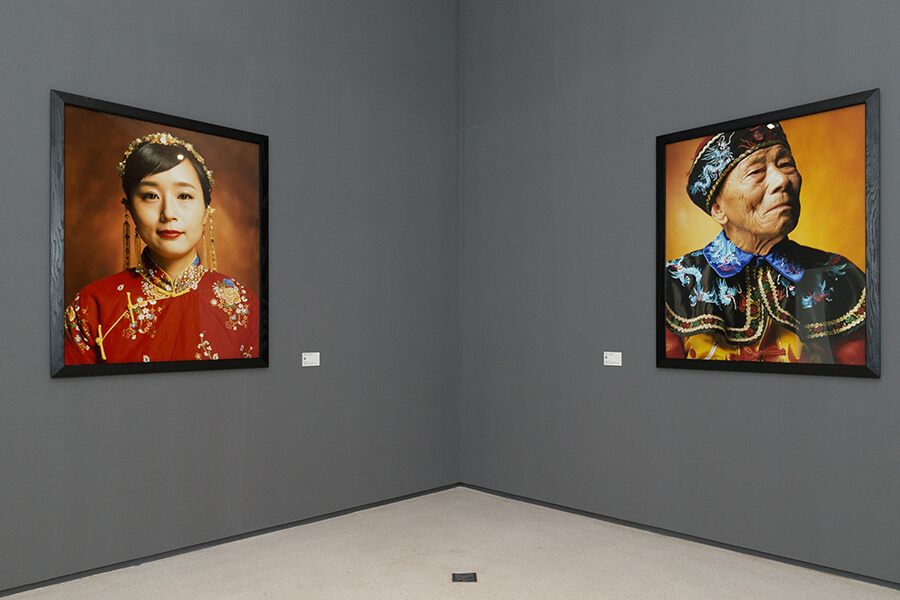 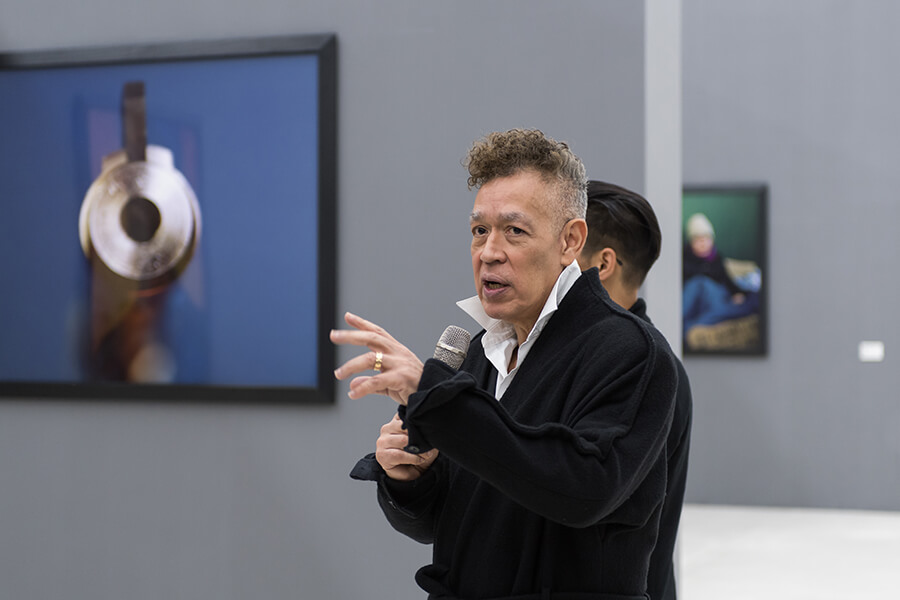