Red Brick Art Museum is pleased to present Danwen Xing’s first solo exhibition in China from 10 September to 29 October 2017. This is her largest solo exhibition to date, presenting works of photography, installation and video, as well as new productions to be exhibited for the first time.

The title of the exhibition is the English translation of Un captif amoureux, the last book by French poet and writer Jean Genet. Genet always questioned society and was drawn to rebellions. The book describes his experience of living among Palestinian and Black Panther activists “in [his] own chosen order” and unique narrative style, creating an exceptionally poetic and insightful text.The exhibition recalls several threads from Jean Genet’s book, which provide a prism for a special reading of Xing’s artistic practice; in every image she creates, Xing reconstructs reality, as if driven by a compulsive desire to be at the center of the incident, approaching her characters with a marked sensuality. Through photographs, installations and videos, Xing positions herself inside the event as a subject, a model, or a critical eye, creating a visual language that is both subversive and poetic.

As part of the exhibition, the full-color bilingual catalogue Captive of Love and the artist book A Personal Diary will be co-published with PRESTEL. A series of talks and conversations will be organized on September 9-10 featuring artist Danwen Xing, Board Chair of Asia Art Archive Jane DeBevoise, senior curator of M+ museum Li Pi, prize-winning writers Ahdaf Soueif and Koonchung Chan.

Danwen Xing’s exhibition Captive of Love focuses on her relationship to the city, as well as a personal narrative of her own generation in China in the 1990s.

In Wall House, Xing stages herself inside a building designed by John Hejduk in the Netherlands, and her lonely presence draws its magic from the urban landscapes of Chinese cities seen from the windows of the space. Captivated by her passion for the city, she summons it, and questions the reality of the borders between public, private, and subjective spaces.

In Urban Fiction, the city becomes unreal, synthetic, and almost empty of its inhabitants. She inserts theatrical scenes into a series of photographs of promotional models used by real estate companies, with Xing as the main actor in playful, fictitious incidents. Hovering between reality and fantasy, the scenes compensate for the sense of emptiness in exponentially-expanding cities.

Xing’s concerns are not only related to large cities. She has traveled to southern China to explore the effects of electronic trash recycling on villages and small cities in the Pearl River Delta in Guangdong Province. In disCONNEXION, her critical eye and sharp lens examine the aesthetics of technological waste, reflecting environmental concerns, but more importantly, an anxiety about changes in the lives of workers along the south coast, whose ghosts can be sensed despite their absence from the frames.

In Sleep Walking, Xing examines the effect of dislocation and how the mind can blur the distinctions between the past and the present, reality and fiction. The video weaves together images from different Western cityscapes accompanied by a soundtrack composed with Chinese traditional instruments and sounds of daily life in Chinese cities. The work implies a sense of loss and displacement, and evokes contending memories. Xing reconstructs reality, creating vigorous images infused with her visions of European Old Master paintings, the realities of these cities, and personal audial and visual memories.

In A Personal Diary, Xing presents a highly poetic work that evinces her acute ability to inscribe China’s alternative art scene in the 1990s into her own personal narrative. We see the city through an eye disturbed by rapid urban development. It calls artists and their artworks from their studios to the streets, it witnesses the emergence of installation art in public spaces, and it accompanies and connects with performers in private apartments, evincing a strong, sensual closeness to them. The camera is frequently visible in the photographs, and so is Xing herself, as she captures people and events with an unmistakable passion for what is portrayed.

Scroll is a series of panoramic photos of Beijing composed of many images that were shot in succession on 120 mm film. This method resulted in photos that are exceptionally long, narrow, and horizontal. The images were shot manually, without any computer manipulation or digitization. Danwen Xing relied on the film’s original data, which she assembles into the final work. Scroll A focuses on daily life and human activities in public spaces and Scroll B captures scenes of Beijing streets and buildings, resulting in haunting and poetic abstract images.

Just as Jean Genet, the captive of passion, found his subjects in Palestinian revolutionaries and Black Panthers, the subjects found him also, as a poet and revolutionary maker of images. It was a fated passion born from the meeting of art and political sensibility. Or as he said when speaking about his book, “Would Homer have written or recited The Iliad without Achilles’s wrath? But what would we know about Achilles’s wrath without Homer?”

“Captive of Love” is curated by Tarek Abou El Fetouh, who has researched the Chinese art scene since 2011 and presented many Chinese artists in his exhibitions around the world. His curatorial projects include the Sharjah Biennale in Sharjah in 2009, “Home Works 6” in Beirut in 2013 (named in Art Forum’s Top Ten of 2013 lists), “Lest the Two Seas Meet” at MoMA Warsaw in 2015, and “The Time is Out of Joint” in Sharjah and Gwangju in 2016. 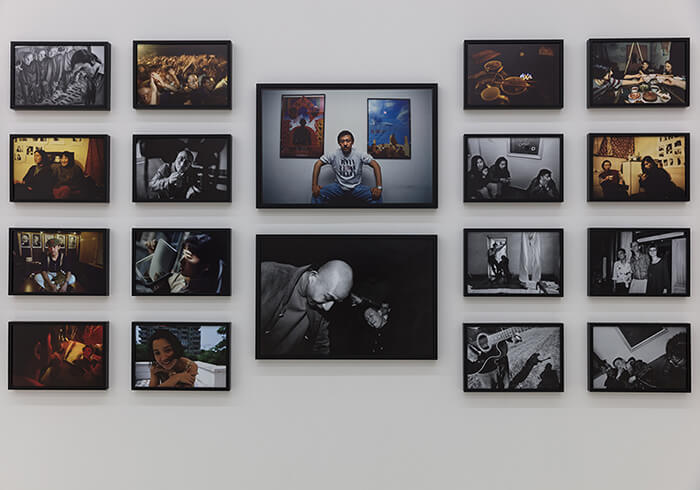 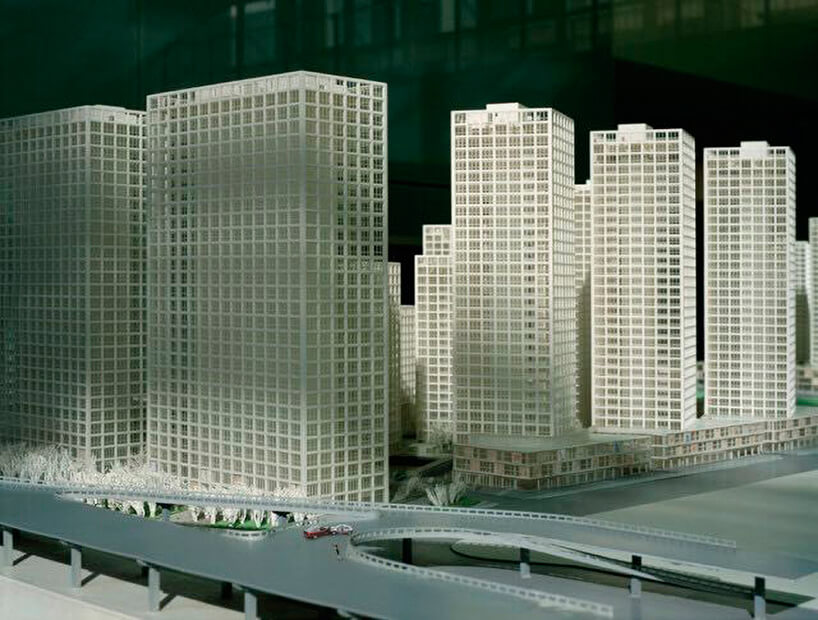 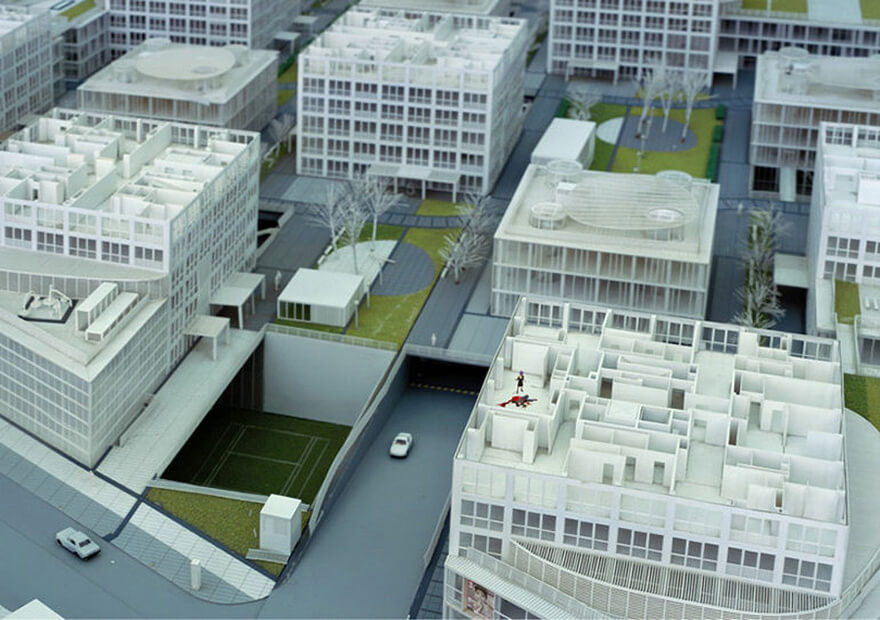 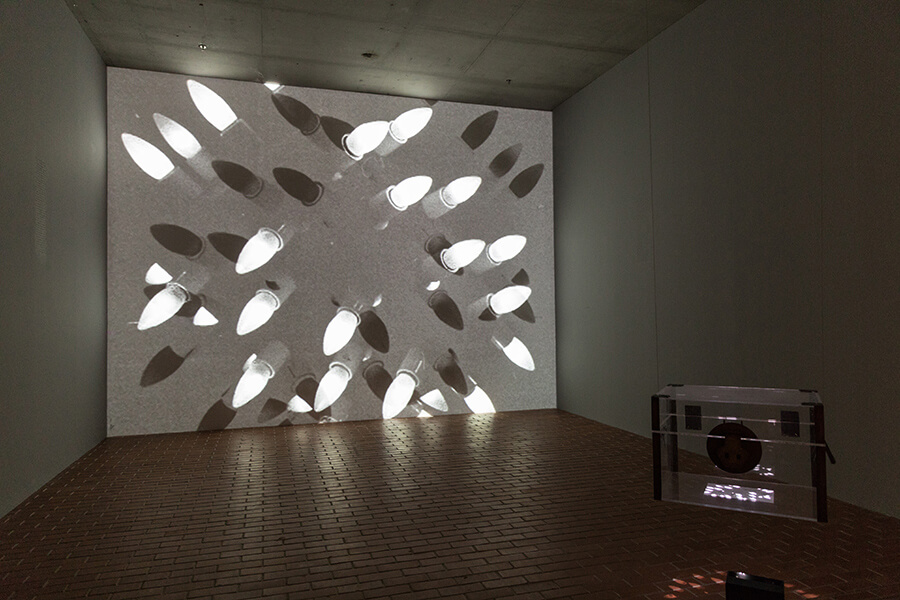 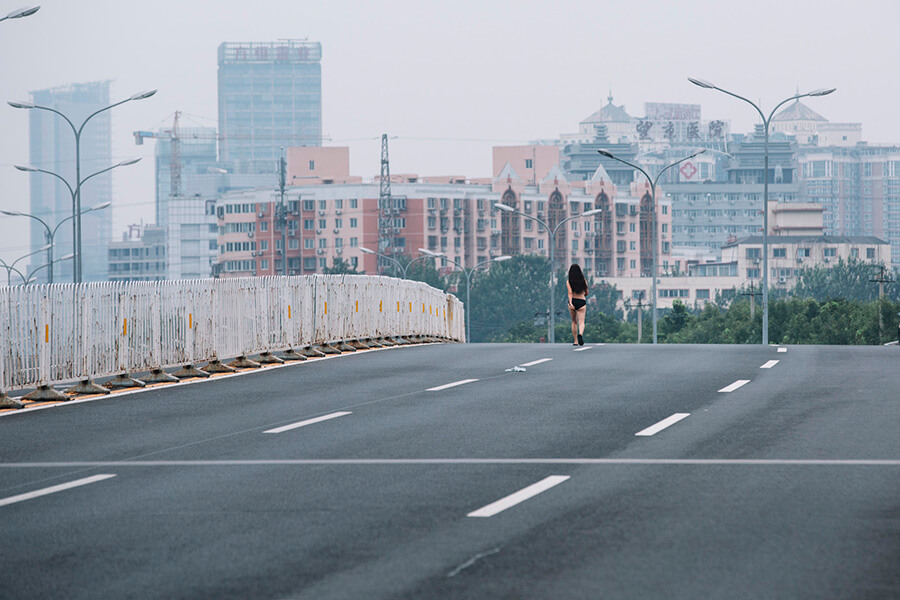 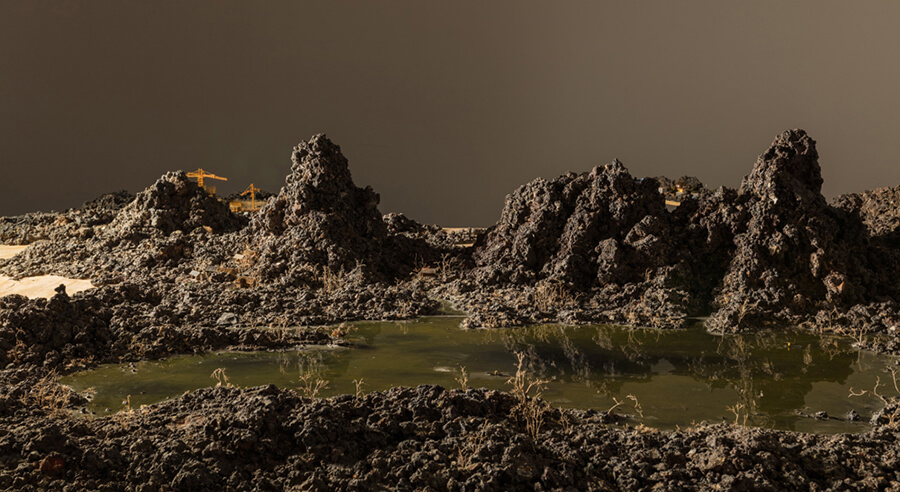 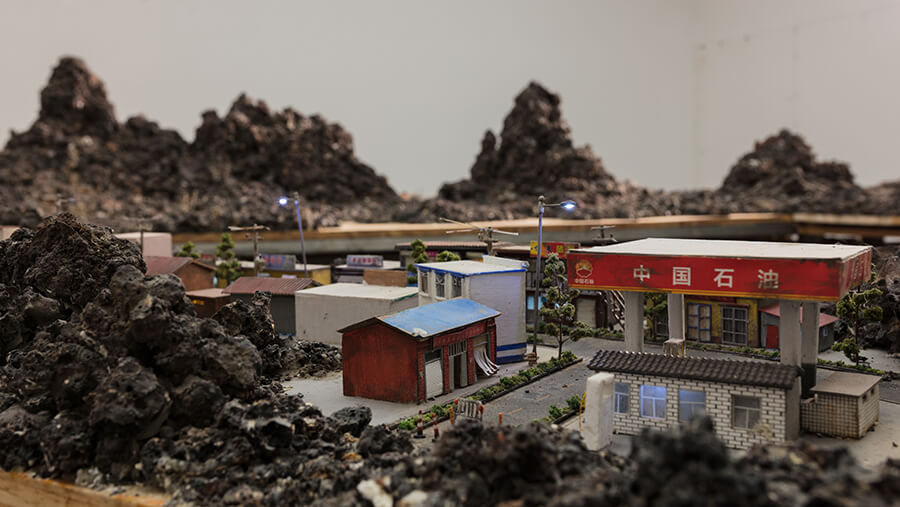 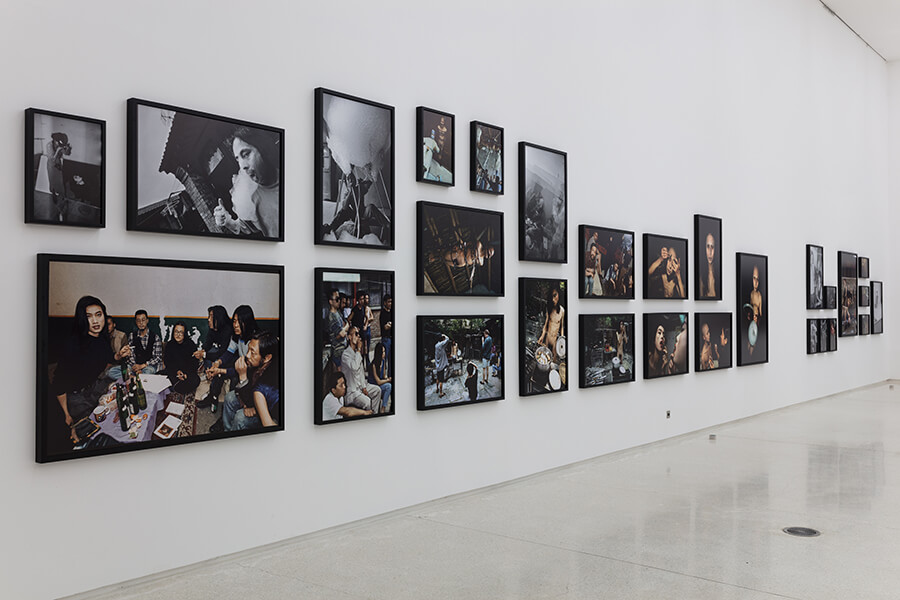 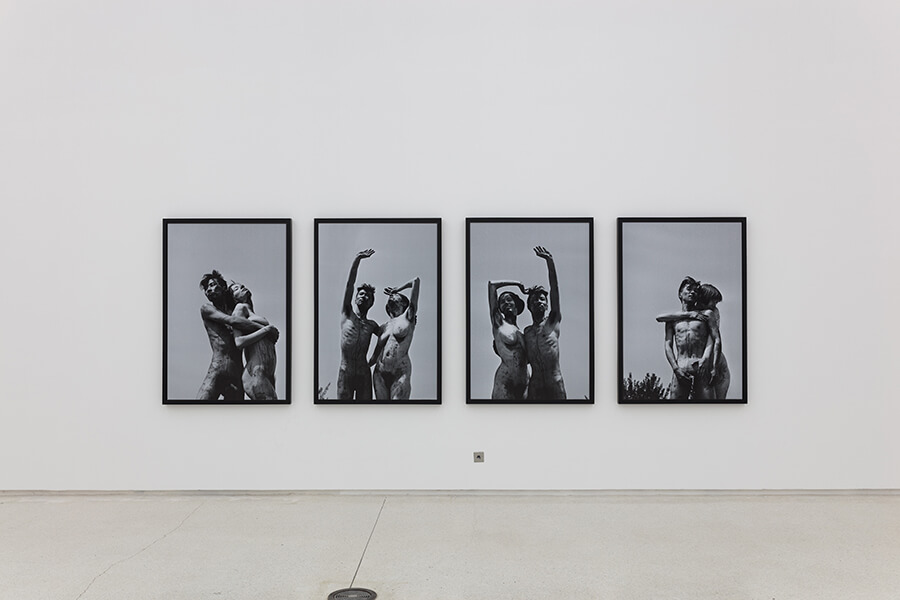 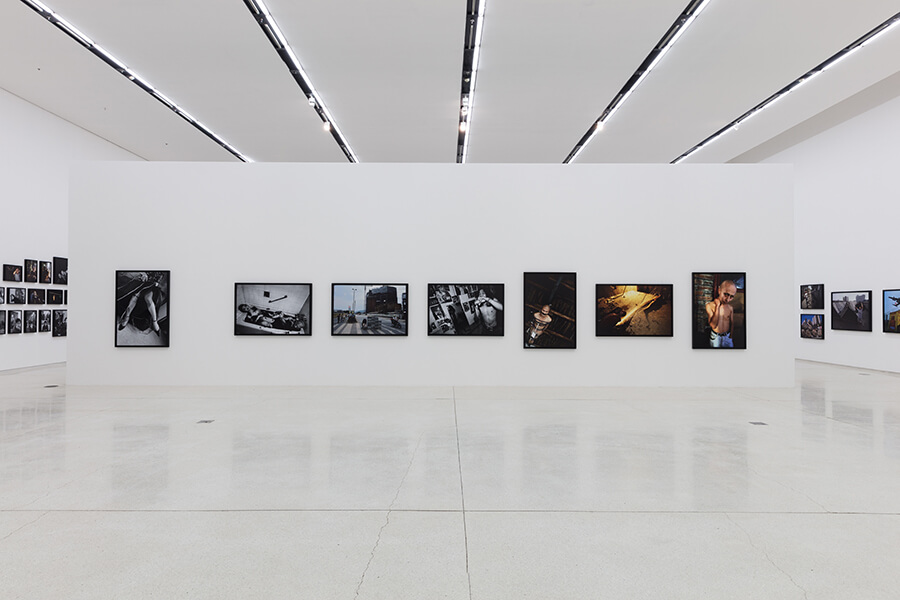 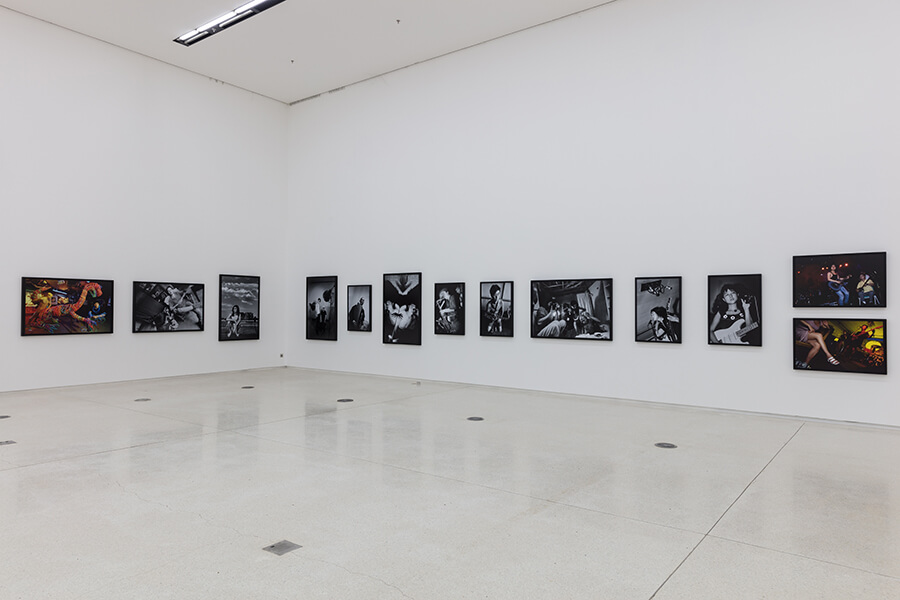 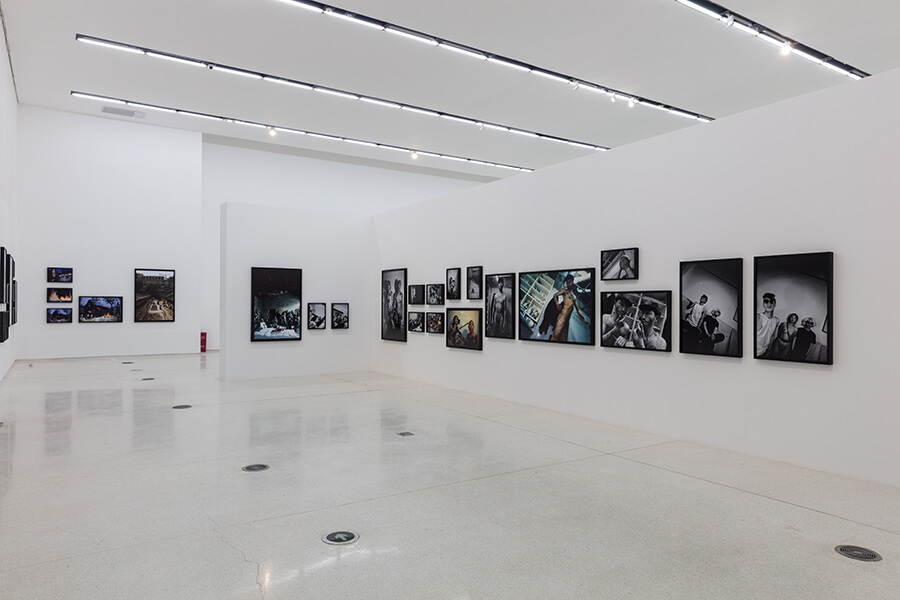 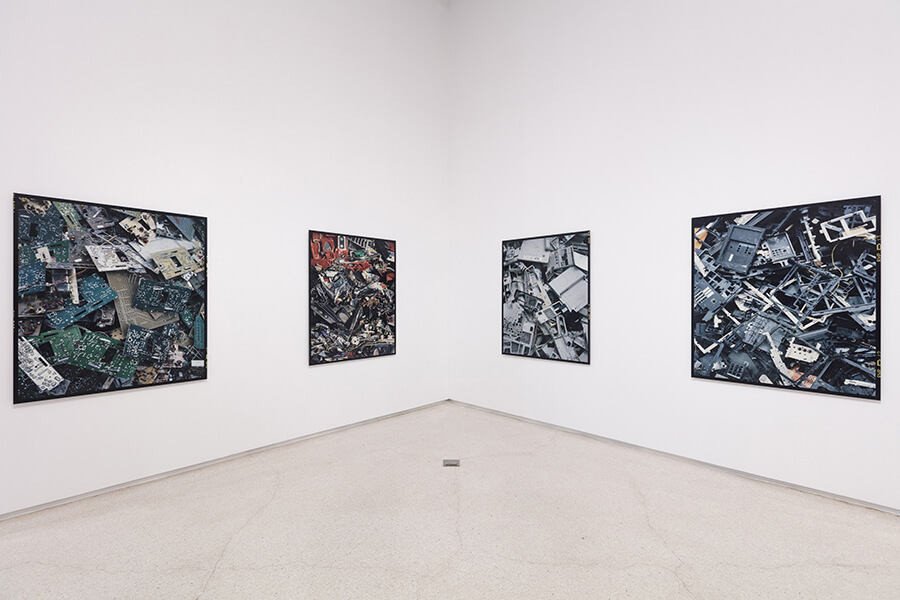 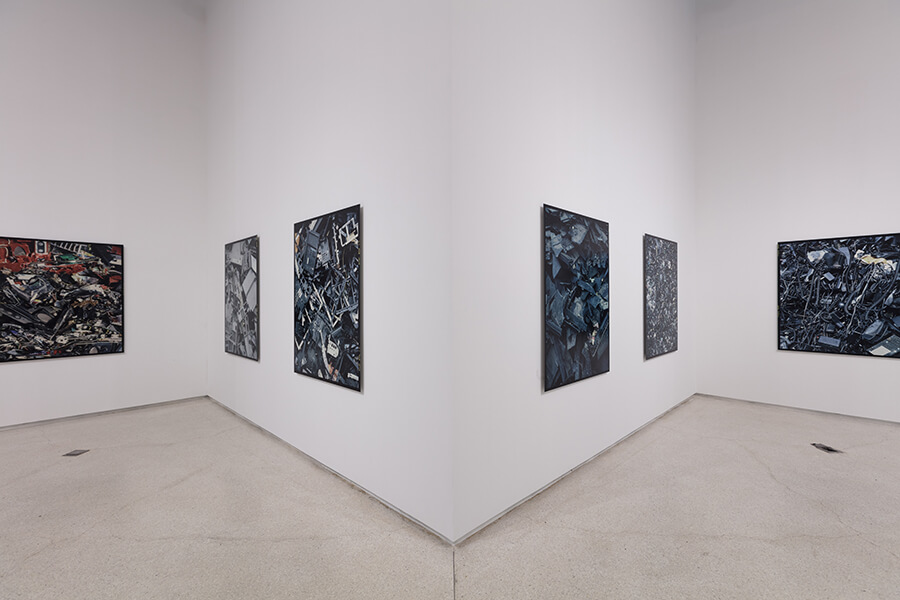 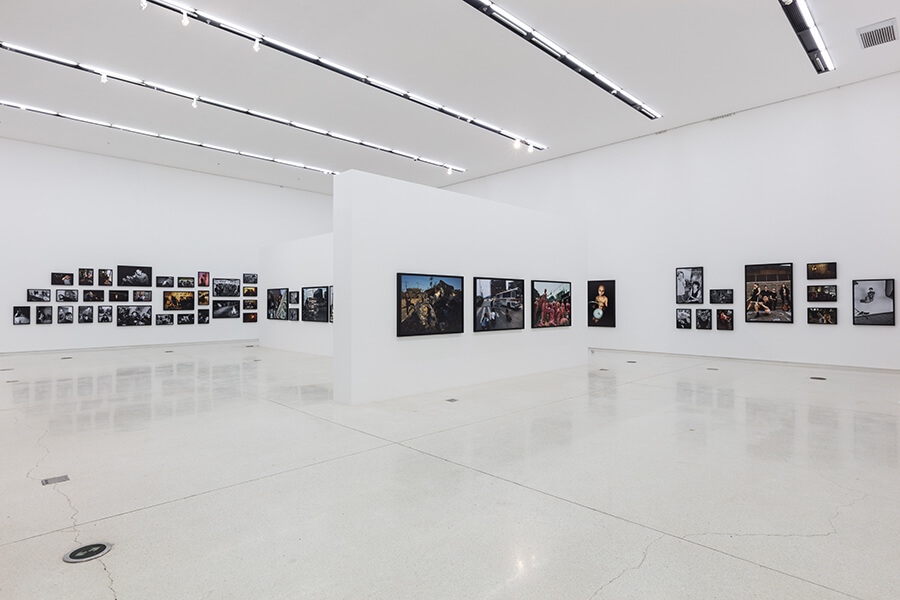