We are pleased to present Olafur Eliasson: The unspeakable openness of things, at the Red Brick Art Museum in Beijing.

This extensive exhibit comprises an array of large-scale immersive installations, sculptures and works on paper by Olafur Eliasson, and encompasses the Red Brick Museum’s eight exhibition halls, its garden and the Round Hall. Each space in the exhibition conjures a discrete environment dedicated to a specific natural phenomenon, such as light, fog, shadow, water, geometry, and movement. The simple, yet effective experimental setups address topics that have been important to Eliasson throughout his career. As the visitor moves through the galleries, she journeys through a series of immersive environments; beginning with the intense light of The unspeakable openness of things (2018), which was created especially for the site, moving on to The lost compass (2013) in the Round Hall, the erratic rhythm of the Water pendulum (2010), the patterned shadows of Map for unthought thoughts (2014), and finally, Rainbow assembly (2016), in which light is refracted through a circular curtain of mist to reveal the visible spectrum.

The more intimate spaces abutting the main installations allow the viewer to focus on a selection of watercolors made with glacial ice, (Glacial landscapes (1-12), 2018), glass spheres that shift in colour as one moves around them (Chronobiological sphere (green, blue, purple, red, orange, yellow), 2018), rings of glass that paint with light (Tomorrow resonator and Yesterday resonator, both 2018), as well as red mirrors that produce openings into an illusory space (The round corner (0°, 18, 36°, 54°, 72°, 90°) 2018). In the gallery downstairs, Your sound galaxy (2012) presents a circle of twenty-seven polyhedra. In the gardens, The blind pavilion (2003), a seminal work first shown as part of Eliasson’s presentation in the Danish Pavilion of the Venice Biennale in 2003, can be visited, as can the double spheres of Two unthought thoughts (2015).

Eliasson has a longstanding relationship with the Red Brick Art Museum and its founder Yan Shijie. He says: “Yan Shijie has been an energetic supporter of my work for a number of years now. It has been a great pleasure for me to work closely with him on this exhibition, which revolves around a number of works of mine in his collection, works that are truly important to me. In addition, a number of artworks were adapted specifically for the spaces in the museum or created especially for this exhibition, like the large-scale work The unspeakable openness of things.”

The artist first visited the museum in 2014 and noted the museum’s impressive architecture and landscape design. Yan Shijie then invited Eliasson to exhibit at the museum. Over time, the museum acquired three works; The blind pavilion, Your sound galaxy and Water pendulum which are at the heart of this exhibition.

The blind pavilion consists of two concentric steel framework structures, glazed with angular panes of clear glass and black glass. When visitors stand at the centre of the work, the black glass panels line up so that the view out of the pavilion into the world beyond is obstructed, and one could say that the pavilion “goes blind”.

Your sound galaxy is a prized and important work in the collection of the Red Brick Art Museum. It was created by Eliasson based on geometric studies by architect Einar Thorsteinn, a long-standing friend of the artist, with whom he has partnered on many artistic endeavors.

Water pendulum is an extraordinary work from Eliasson’s experiments with water. In the dark exhibition hall, a hose suspended from the ceiling sprays a stream of water, the pressure from the hose causing the stream to writhe in the air. Lit by a single strobe light, the stream of water becomes a composition of droplets which appear as glass-like solids frozen in space.

The unspeakable openness of things

The title of the exhibition, The unspeakable openness of things, is a phrase that philosopher Timothy Morton uses when describing art and it resonates strongly with the artist. Eliasson describes how “Art exists both in and beyond the realm of language. Before the form of an artwork emerges, there’s a not-quite-graspable feeling that flows into the artistic process – and that remains in the finished work as something that cannot be fully expressed. At the same time, the artwork is fundamentally open to visitors. It is ready to listen to them, and able to host their questions and experiences.”

As Yan Shijie observes, “Like the leader of a think-tank, Eliasson uses art to protect, vocalize, and inspire consensus and action from the perspective of climate and civilization. He navigates the depth of time, changing light and shadow, advocates dialogue between man and nature, and practices the philosophy of harmony between heaven and humanity. Every piece of work by Eliasson is carefully presented in this exhibition to reveal new tension and dimensions to the artist’s oeuvre. He may have one hundred ideas for a piece of work, and then delete them one by one. In the end, there may be only one pure essence left. We tried to perfectly combine the spaces of the Red Brick Art Museum with the energy released from the works of Eliasson; to display an art scene with a profound dialogue between the work and the space. When the viewers enter the exhibition and immerse themselves in the experience of science and technology, the works provide them with heightened sensations and awareness.”

Olafur Eliasson (b. 1967. Iceland, Denmark) is a visual artist who works in a wide range of media, including installation, painting, sculpture, photography, and film. Since 1997, his critically acclaimed solo shows have appeared in major museums around the world.

His projects in public space include The New York City Waterfalls, 2008 and Ice Watch, shown in Copenhagen in 2014 and Paris in 2015.

Since 2012, Eliasson has directed the social business Little Sun, and in 2014, Eliasson and long-term collaborator Sebastian Behmann founded the international office for art and architecture Studio Other Spaces. 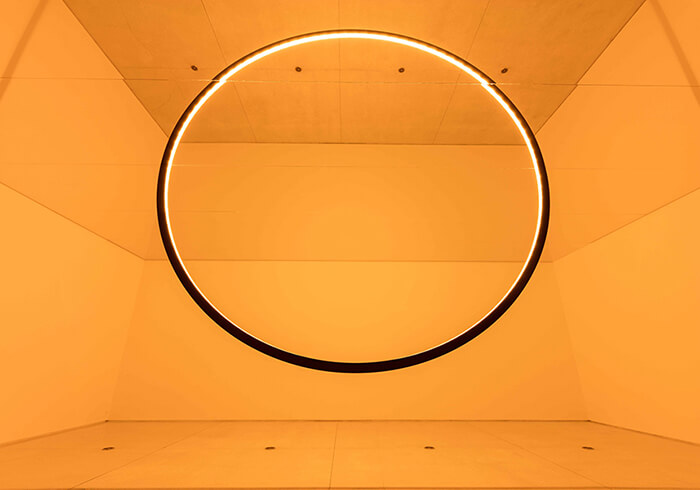 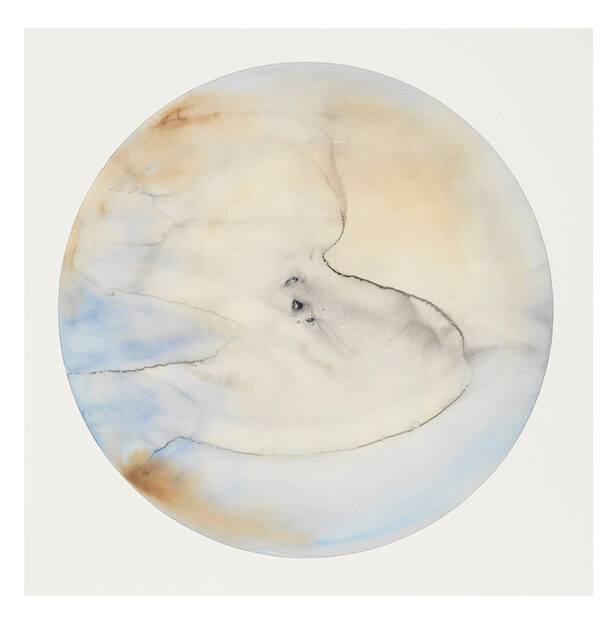 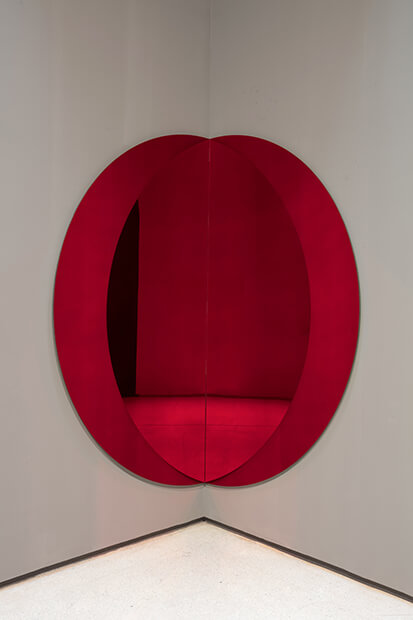 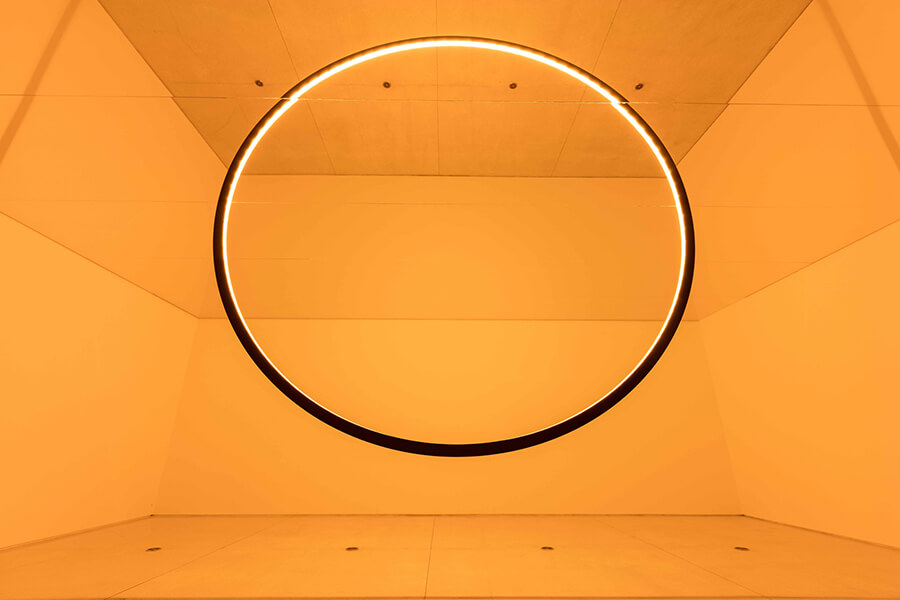 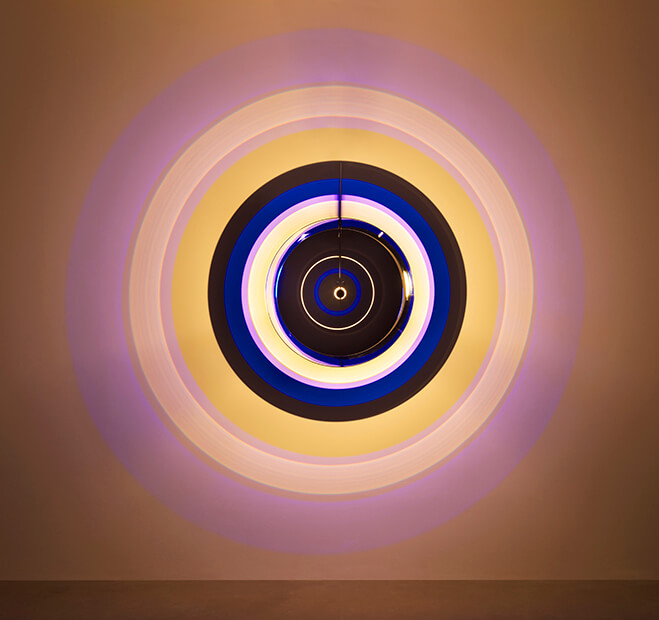 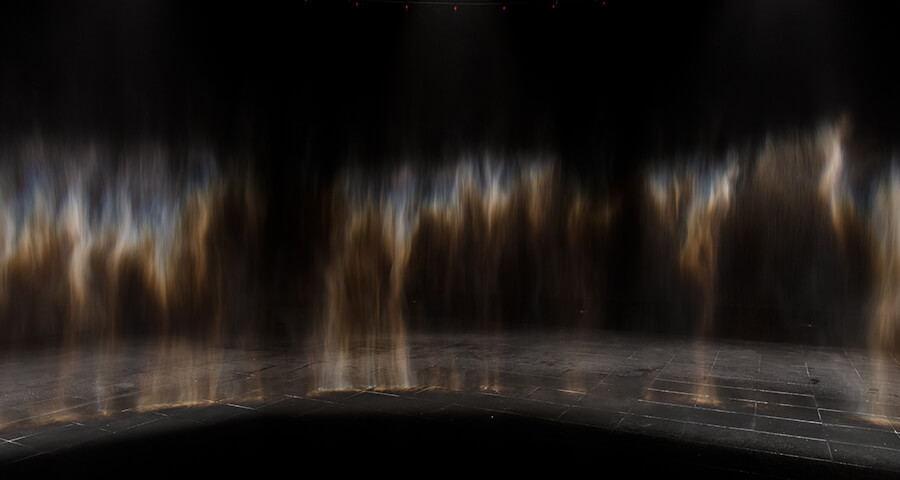 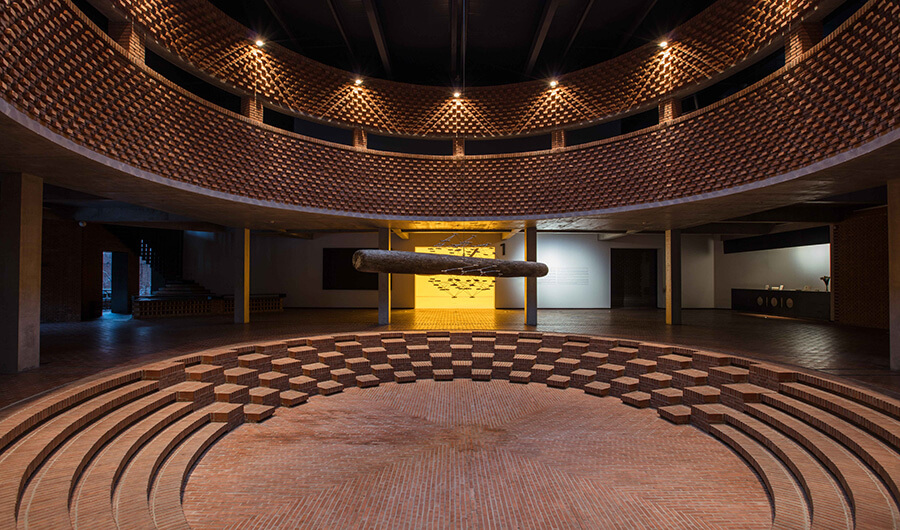 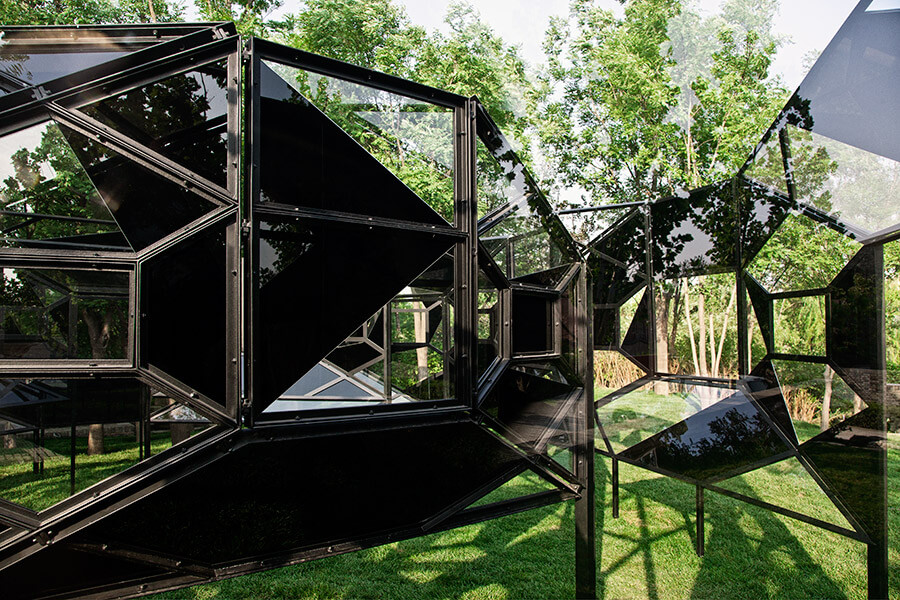 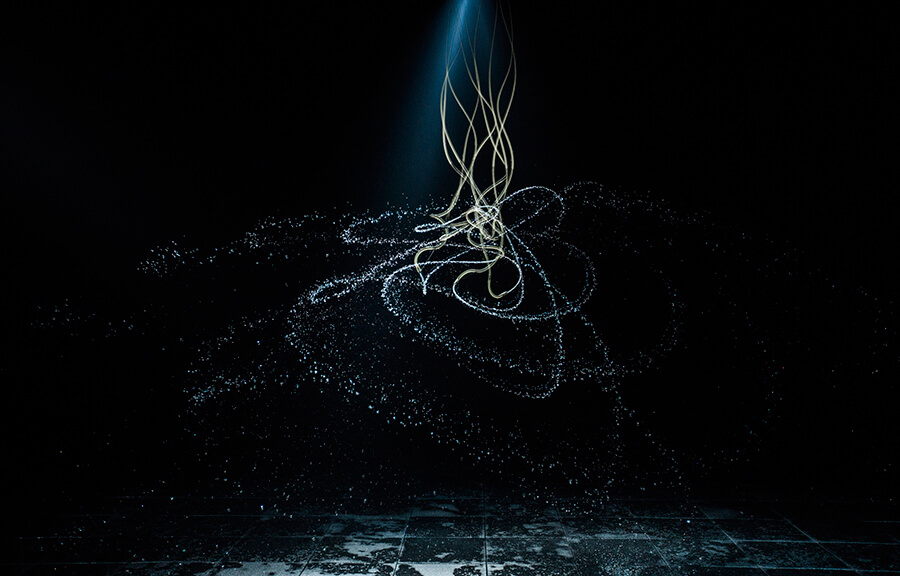 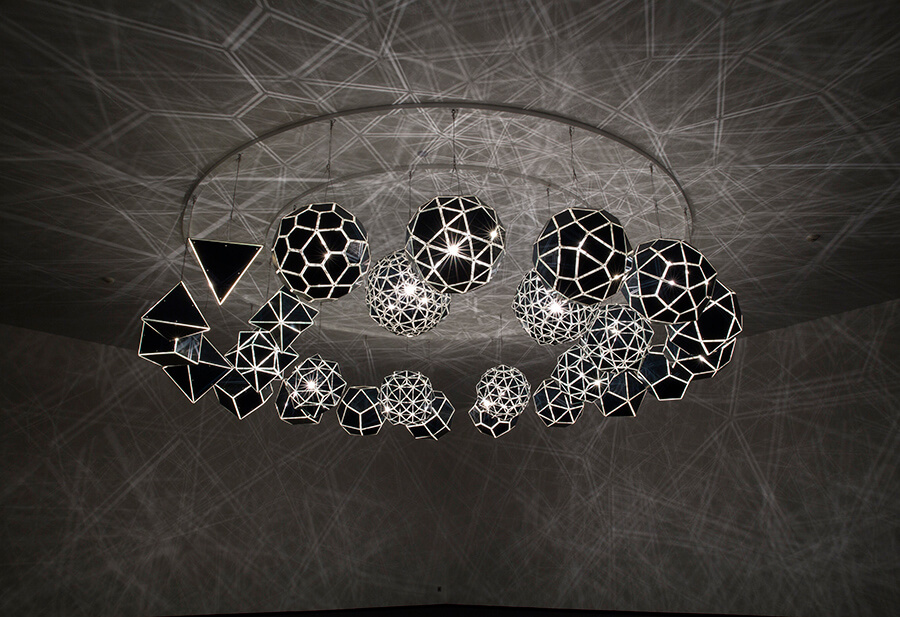 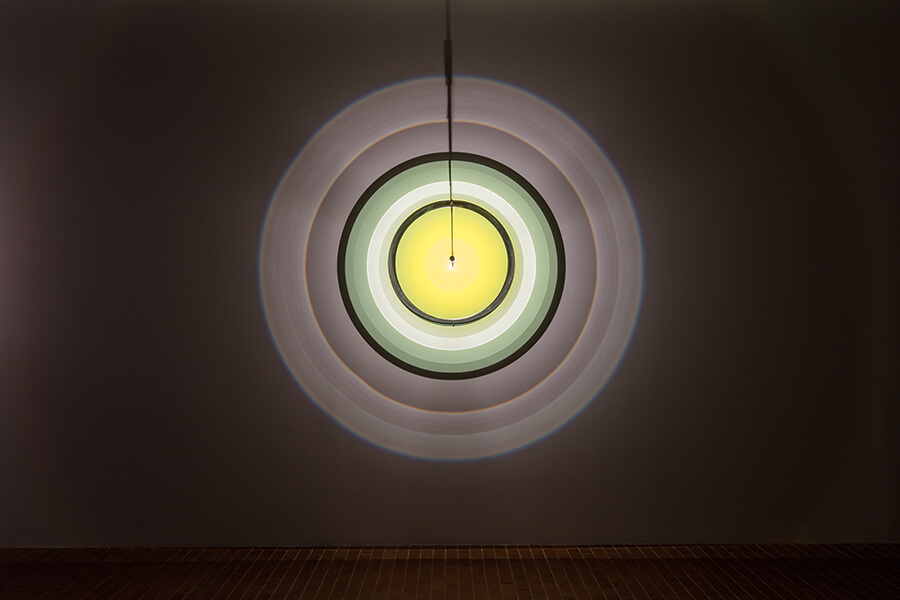 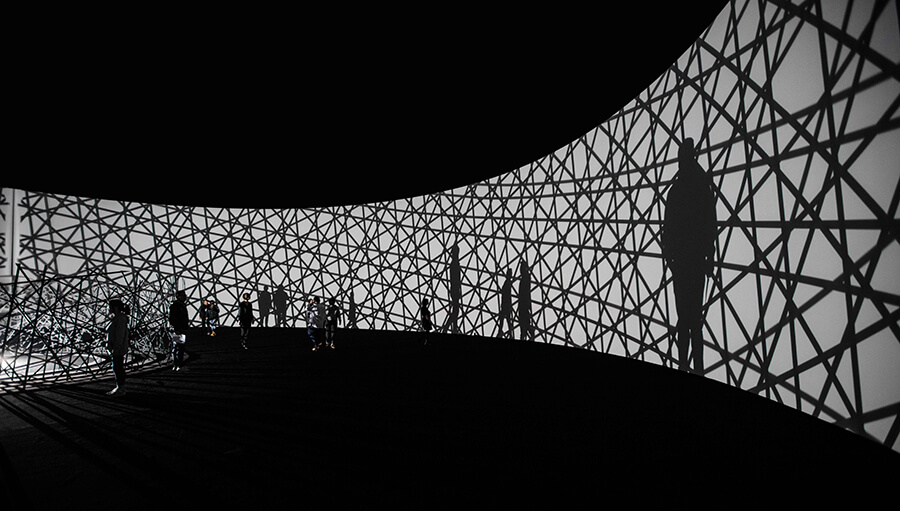 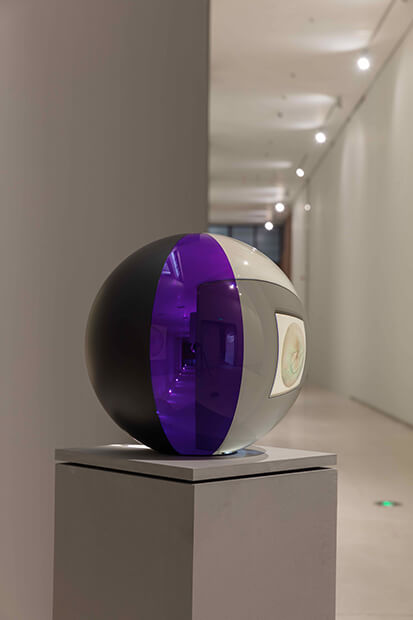 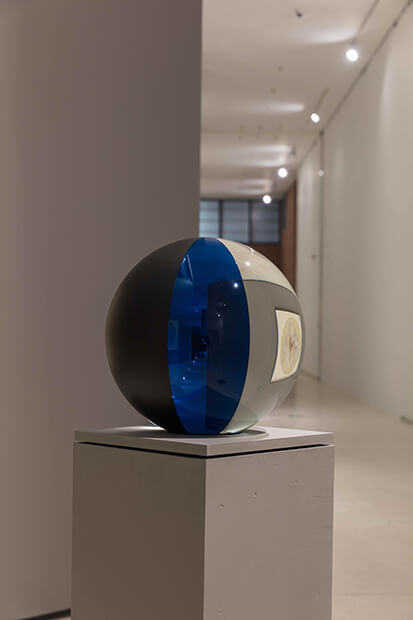 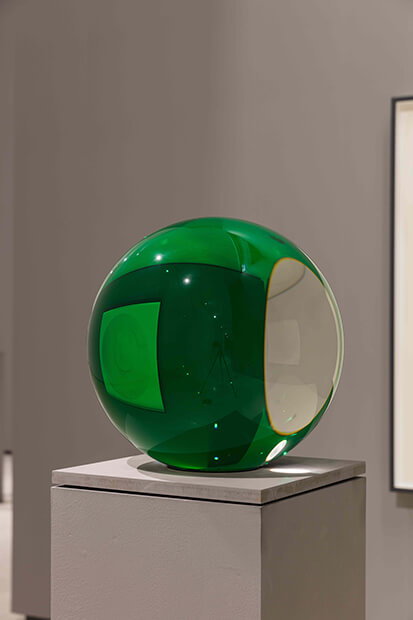 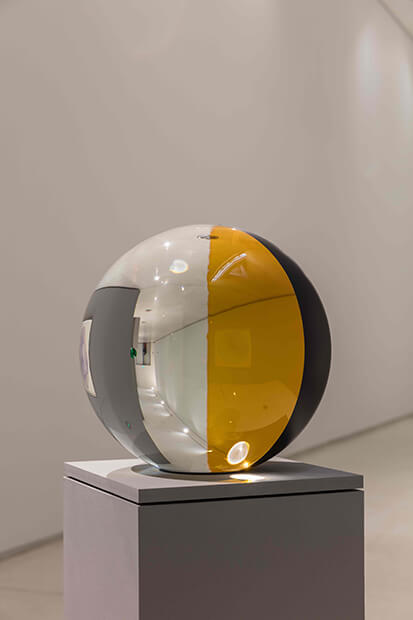 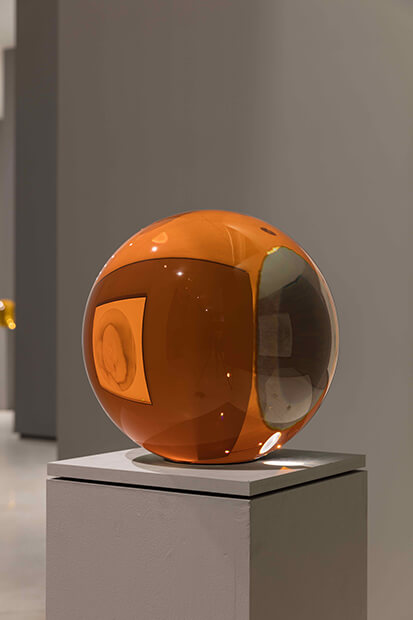 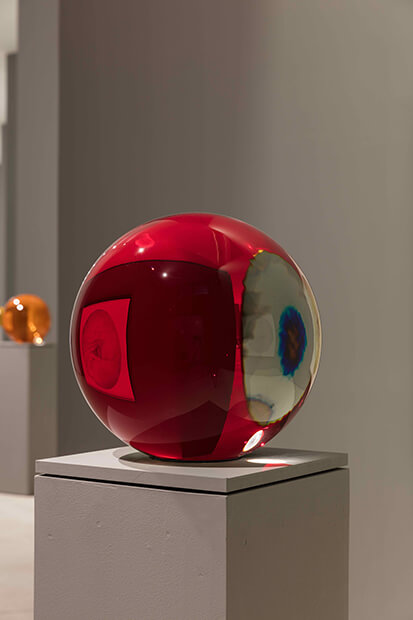