Rituals of Signs and Metamorphosis

We are pleased to present “Rituals of Signs and Metamorphosis” at the Red Brick Art Museum in Beijing. Curated by Tarek Abou El Fetouh, the exhibition presents works by ten renowned artists from different corners of the Asian continent and situates their work between historical and contemporary systems of thinking, which allows the unexpected, the unknown and the mysterious to appear. The works of these visionary artists are displayed along an imagined ritual path of concepts and forms, materials and mediums, gestures and actions, and they explore different registers of metamorphosis. This poetic journey leads us to question the certainty of narratives, provokes reflections and ideas, and sparks the desire to seek out divinatory signs.

The journey begins with Anish Kapoor’s (b.1954 India) installation Descension (2015), where a material transforms within a sculpture, confuses the boundary between the spaces of the object and the viewer, and confronts the audience with a perpetual force that pulls downward into an unknowable depth.

In Hu Xiaoyuan’s (b. 1977 China) three-channel video installation Cutting Ice to Cross the Sea (2012), an intense emotional and physical tension animates the performer before the ocean, as she is driven by an unbearable inner force to struggle fiercely against a constantly changing and vast nature.

The exhibition presents the world premiere of Ho Tzu Neyn’s (b. 1976 Singapore) installation The Mysterious Lai Teck (2018), co-produced by Red Brick Art Museum. Through an imaginary reconstruction of the life and times of a mysterious triple agent who operated in Southeast Asia in the 1940s under more than 30 known names, the work addresses the ruthlessness of the protagonist’s becomings, of his untimeliness, of his crossing of lines: the lines between the inside and the outside, fiction and espionage, agency and treachery.

Walid Raad’s (b. 1967 Republic of Lebanon) two works Les Louvres and Letters (2014) to the Reader (2014) manifest in a field somewhere between matter and mind, where historical and modern art objects moving between museums or placed on display engage in autonomous and peculiar transformations. The objects trade skins and colours or lose their shadows, leading Raad to propose a new and dynamic setting for them using architectural elements, floors, frames, walls, and shadows.

In Tightrope (2015), a video by Taus Makhacheva (b. 1983 Russia), a tightrope walker crosses a canyon in the highlands of the Caucasus Mountains, using copies of artworks by various Dagestani artists as a balancing pole. The walker is attempting to bring them from one side of the mountain to the other to place them in a structure that evokes a museum storage unit. Through this risky action, Makhacheva comments on the precarious situation of museums and artists around the world, using intriguing images of artworks that seem out of place, in strong contrast to the captivating and vast landscape.

In A Small Art History 1-2 (2014/2017), Park Chan-Kyong (b. 1965 Korea) recreates his own version of art history by reconfiguring select artworks across the ages. The work includes images of Korean amulets and a scan of a book on the history of mudang (female shamans), as well as reproductions of Old Master and contemporary artworks. The images are annotated with handwritten captions, many of which reference ghosts and spirituality. Using East Asian culture and history as an axis, he studiously avoids a chronological narrative of art history or the false categorization of East and West.

Jawshing Arthur Liou’s (b. 1968 Taiwan) video installation Kora (2011-12) is based on a cathartic journey undertaken by the artist following the passing of his daughter. The expedition from Lhasa through the Tibetan Plateau included a four-day kora, and a walking circumambulation around Mount Kailash at an elevation between five and six thousand metres. The work simulates the otherworldliness of his journey and the hallucinations caused by the low levels of oxygen, and retraces the steps of his search for inner peace in the vast mountain landscapes, invoking a reverence for nature and a space for spiritual reflection and sanctuary.

Dilbar (2013) is a video by artists Apichatpong Weerasethakul (b. 1970 Thailand) and Chai Siri (b. 1983 Thailand) that portrays a city builder’s physical and spiritual transmigration as he is driven by the warm winter into a ‘sleeping’ existence that moves between the museum and the labour camp. This comatose journey slowly turns into a symphony of dreams and hallucinations, as his senses are possessed by the unseen water in the desert and he becomes part of a source that feeds the trees, birds, machines, and buildings. The film transports this ‘sleeper’ across the boundaries of economic and social status, of meaning, and of life and death.

In Tomoko Kashiki’s (b. 1982 Japan) paintings, the subjects seem to merge with their surroundings, capturing the process of transformation that happens in an intimate dream world. While her aesthetic is reminiscent of Heian Buddhist paintings, her own sophisticated process includes layering scenes, fermenting them, sanding them down, and repainting the canvas, thereby erasing the evidence of the artist’s hand and leaving a vivid impression much like a daydream.

Wood-Purlin N. 7 (2018) and Wood-Purlin N. 8 (2018) are two new paintings by Hu Xiaoyuan and part of an ongoing project that reflects on the differences, appearances, and unanimities between surface and essence. Through a process of extraction, covering, and replacement, the artist blends the properties of wood and silk, transforming the two materials into a production infused with her time and will. The resulting artworks manifest the subtle and infinite possible materializations that lie beneath the apparent determinism of finite forms.

“Rituals of Signs and Metamorphosis” aims to create a collective dialogue in a space where various critical and methodological approaches converge to shift rigid patterns of perception and induce intuitive ones. The exhibition sheds light on the concepts behind the aesthetics, offering both a rich visual and reflective experience. It signals various aesthetic and epistemological structures that suggest that nothing is constant in the universe and everything is always changing in form and essence. “Rituals of Signs and Metamorphosis” touches on our connection with nature and summons ghosts, spirits, dreams, hallucinations, and psychospiritual dynamics. In our hyper-consumerist contemporary world, the works of these artists show their desire to re-enchant it, proposing unlimited possibilities for the future.

Tarek Abou El Fetouh has researched the Chinese art scene since 2011 and presented many Chinese artists in his exhibitions around the world. His curatorial projects include the Sharjah Biennale in Sharjah in 2009, “Home Works 6” in Beirut in 2013 (named in Art Forum’s Top Ten of 2013 lists), “Lest the Two Seas Meet” at MoMA Warsaw in 2015, and “The Time is Out of Joint” in Sharjah and Gwangju in 2016, “Captive of Love” at Red Brick Art Museum in 2017. 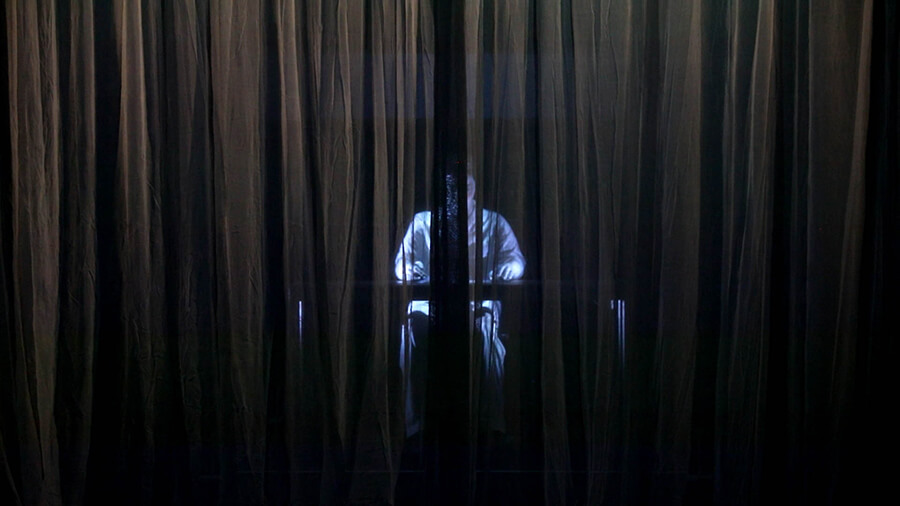 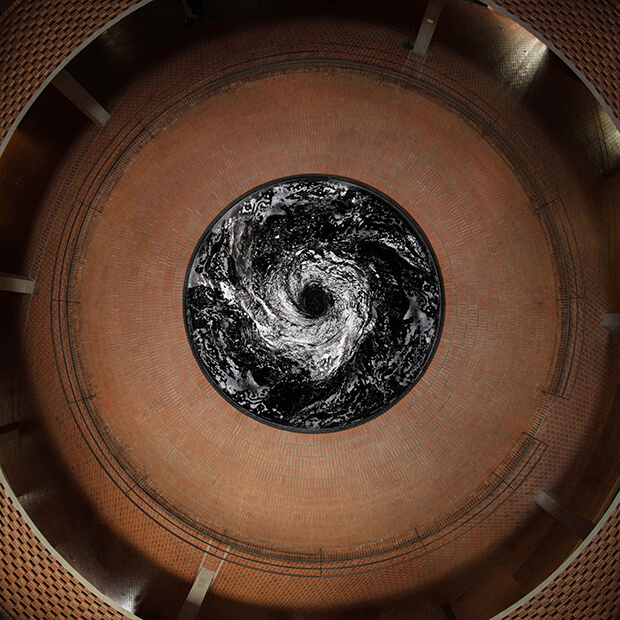 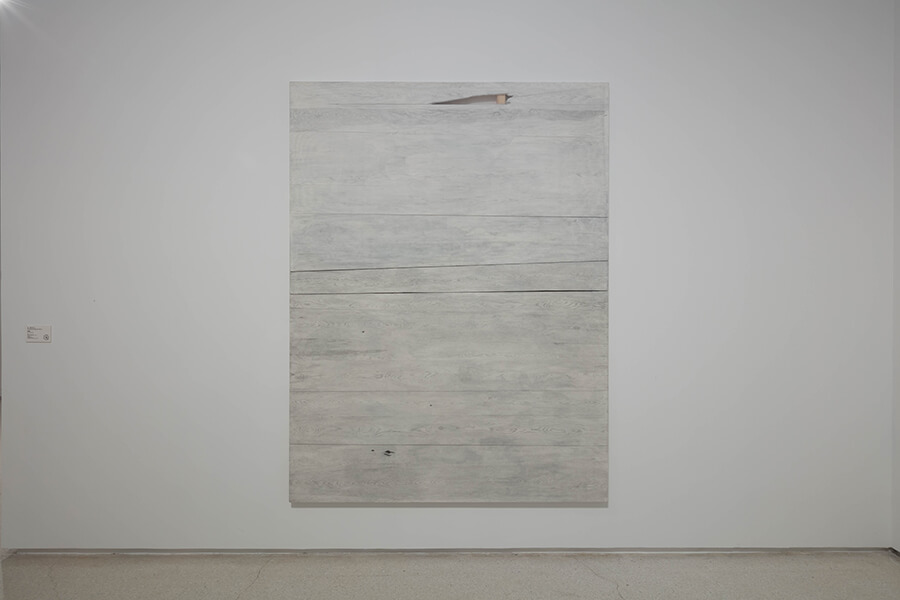 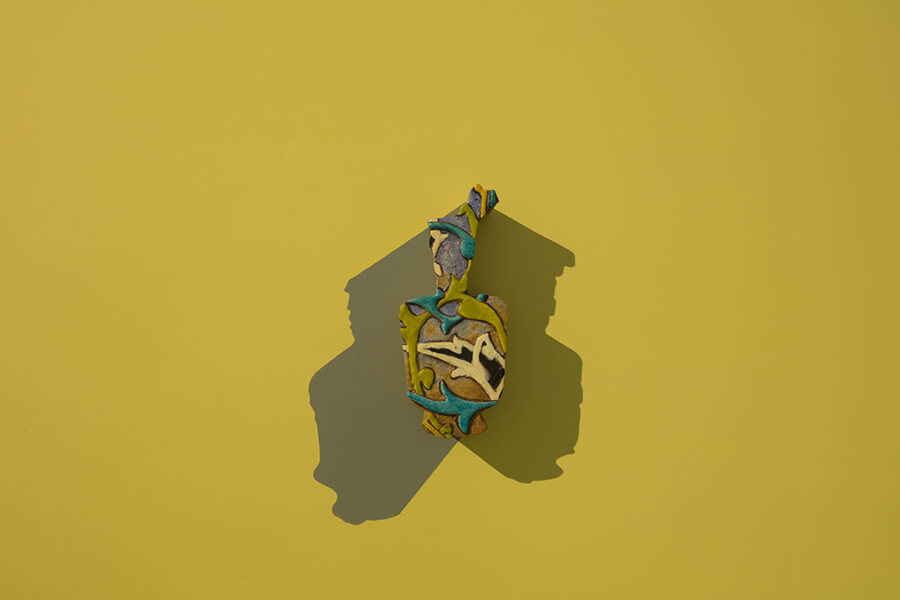 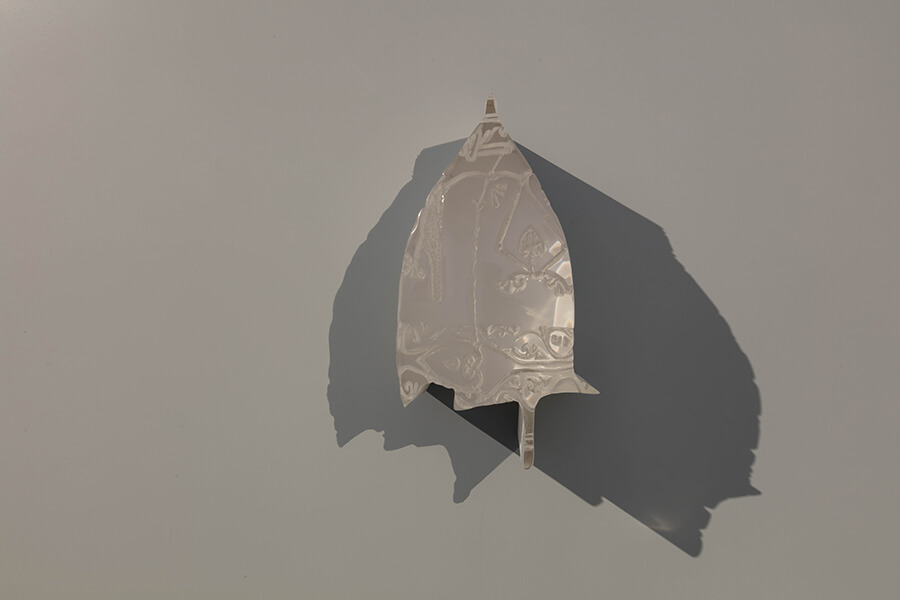 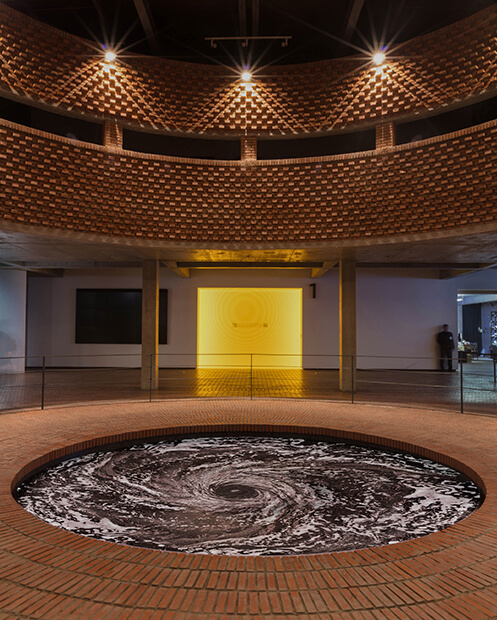 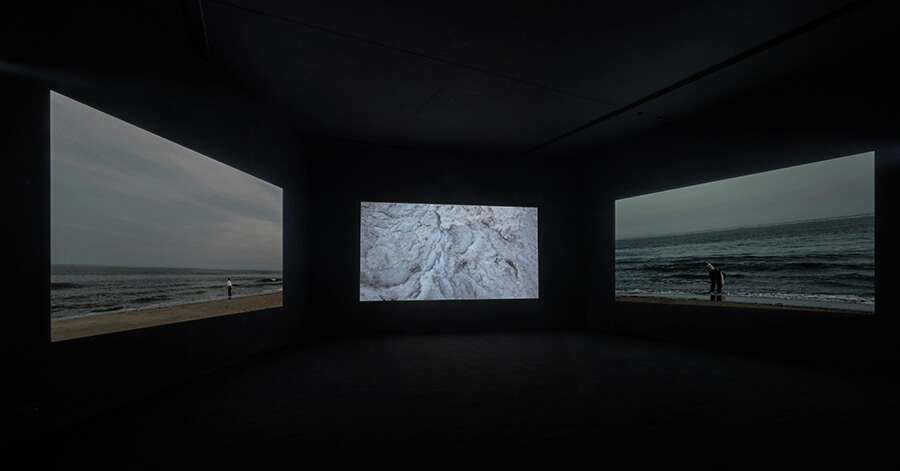 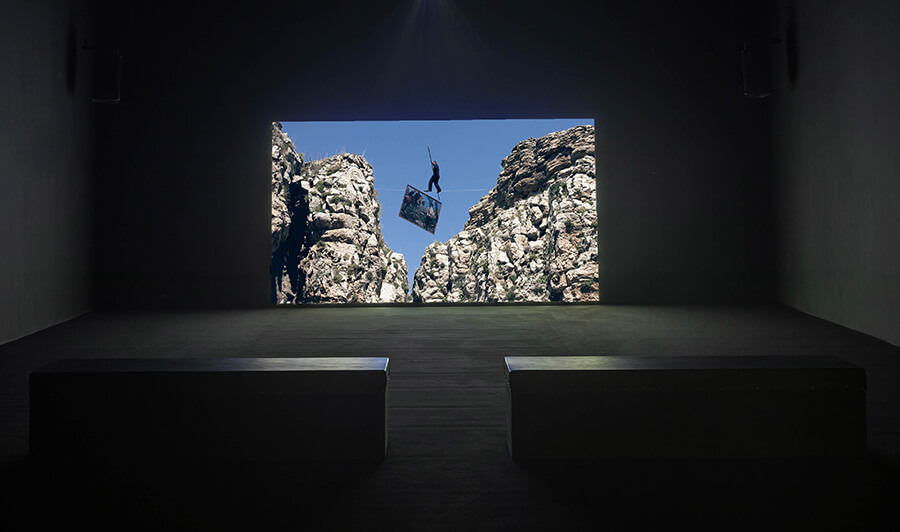 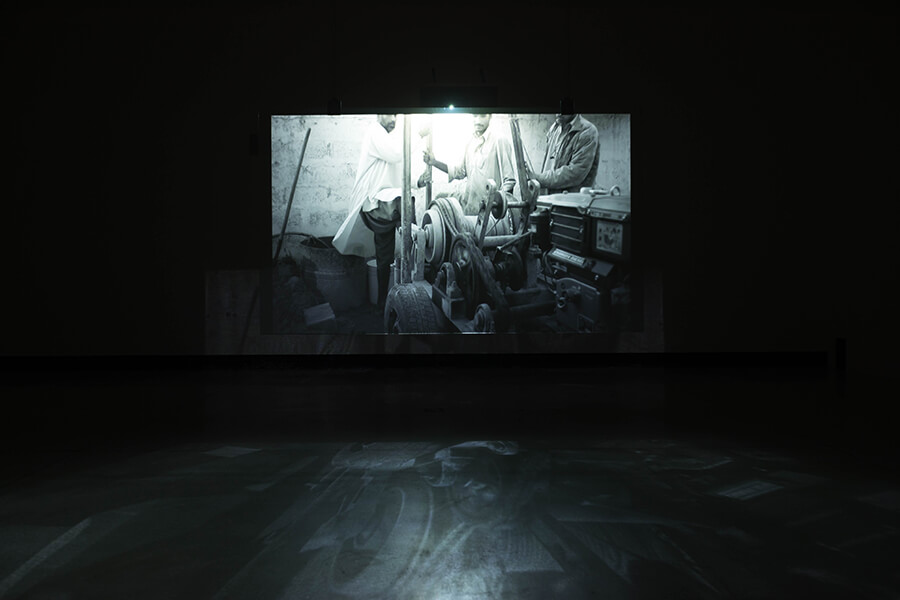 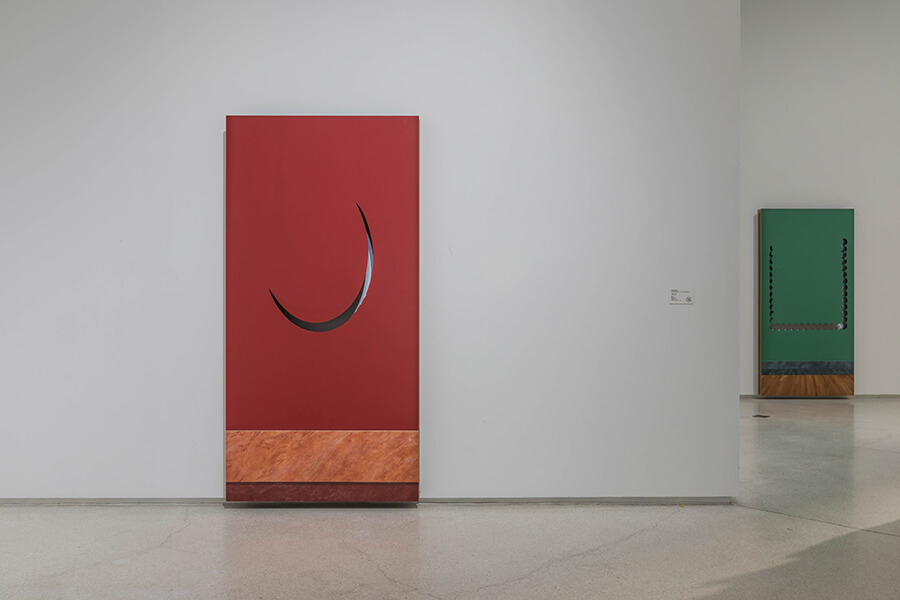 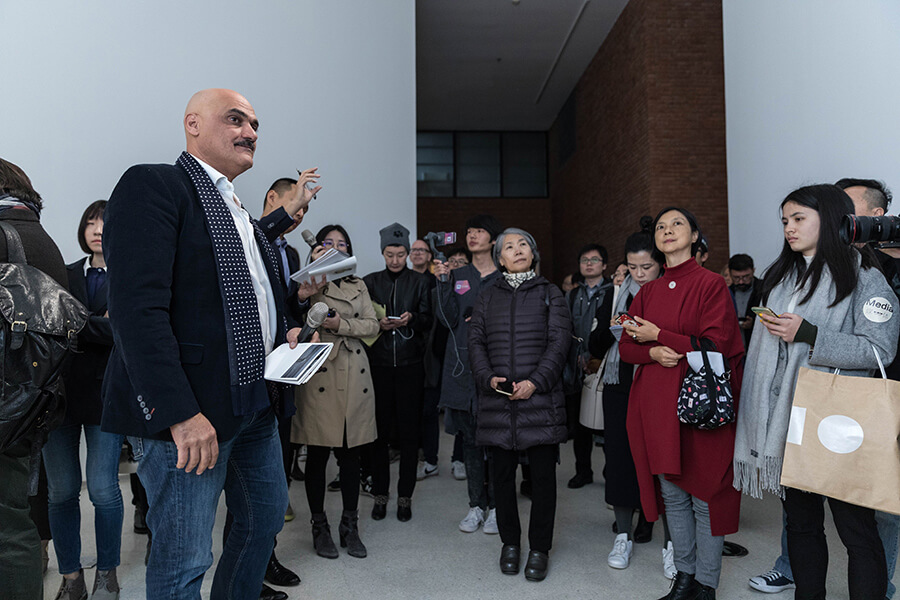 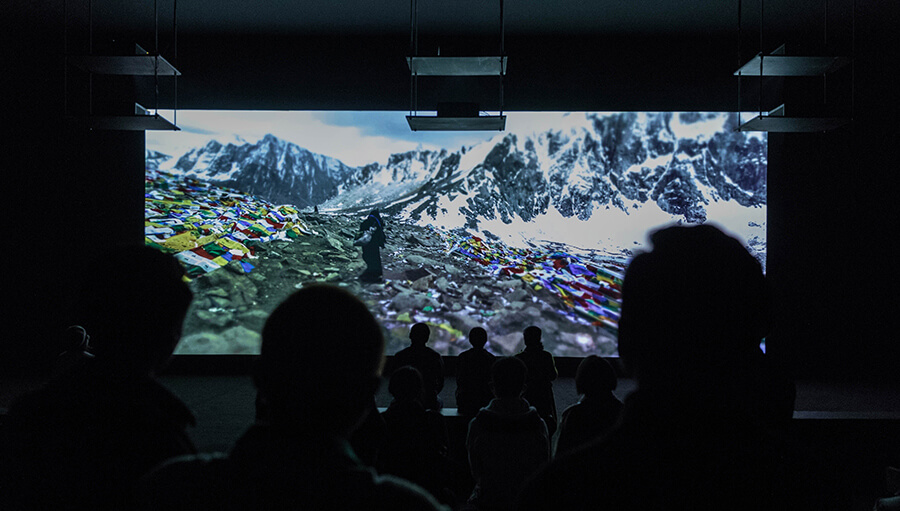