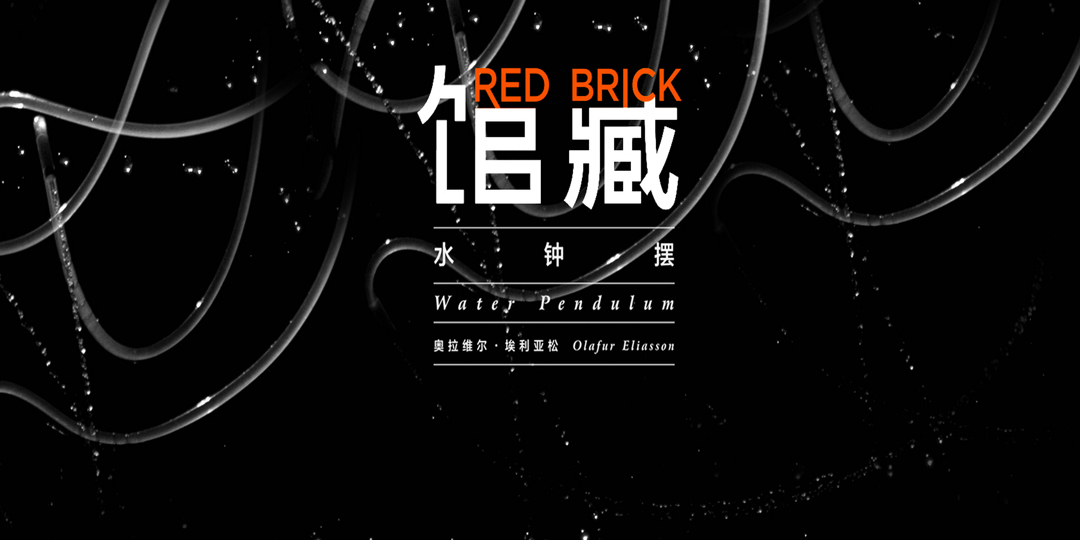 Red Brick Art Museum will present an exhibition of its collection of several works by Olafur Eliasson from April 25 to September 25, 2015. Entitled Water Pendulum, the exhibition is named after the museum’s newest acquisition of Olafur Eliasson’s same-titled work.

Eliasson was born in 1967. He grew up in Iceland and Denmark and studied, from 1989 to 1995, at the Royal Danish Academy of Fine Arts. In 1995, he moved to Berlin and founded Studio Olafur Eliasson, which today encompasses some seventy-five craftsmen, specialised technicians, architects, archivists, administrators, programmers, art historians, and cooks. Since the mid-1990s, Eliasson has realised numerous major exhibitions and projects around the world including Tate Modern London. MOMA New York . etc… Not limited to the confines of the museum and gallery, his practice engages the broader public sphere through architectural projects and interventions in civic space. His art is driven by his interests in perception, movement, embodied experience, and feelings of self. Eliasson strives to make the concerns of art relevant to society at large. Art, for him, is a crucial means for turning thinking into doing in the world.

Created in 2010, Water Pendulum as Red Brick Art Museum’s newest acquisition will be presented in Gallery 2 . a simple setup: A running hose hangs down from the ceiling in a dark room illuminated by a strobe light. The strobe light makes the water appear solid, like glass. The pressure from the hose causes the water to whip wildly around the room, and one can only capture the water’s trajectory in fractured glimpses. This unpredictability is materialized as physical discomfort linked to a bodily expectation of pain. The work is visually appealing, but we cannot trust what we see. Chopped into little glimpses of light, the work is experienced abruptly and erratically.

Installed in Gallery 3, Your Sound Galaxy (2012) consists of a group of twenty-seven polyhedra suspended from the ceiling and arranged in two horizontally concentric circles.The title of the work relates to the theory laid out in Johannes Kepler’s The Harmony of the World that the universe is organised according to the rules of musical harmony, where each object in space constitutes a sound, although this sound is not audible. This belief extends as far back as Pythagoras, who, legend has it, theorised that the movement of the planets and stars follows mathematical laws and proportions that correspond to musical notes. Seen in this light, each polyhedron in Your sound galaxy can be understood as a kind of celestial body in a universe that is not chaotic but logically structured.

The Blind Pavilion (2003), Eliasson’s work for the Danish pavilion at the 50th Venice Biennale, has entered the Red Brick Art Museum’s collection and will be presented in the garden. 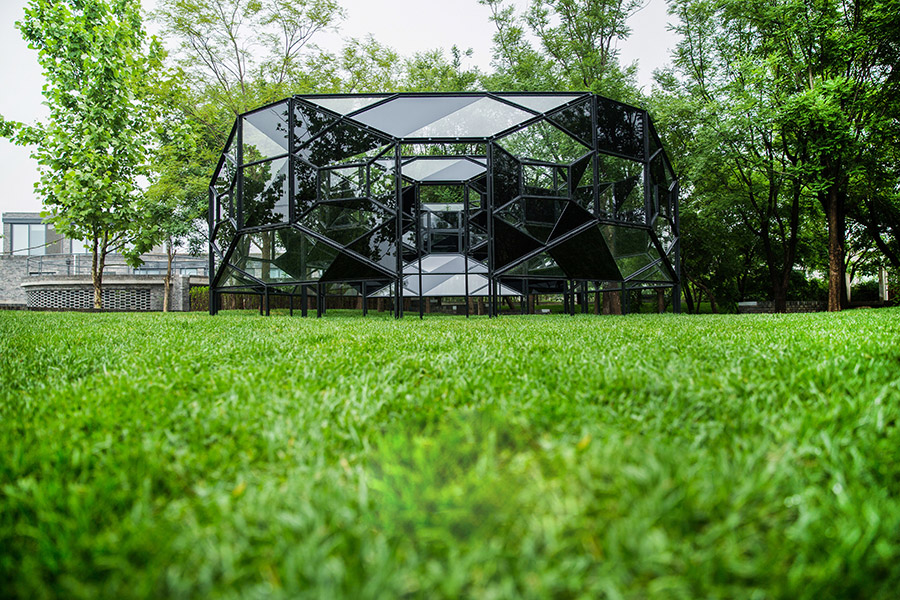 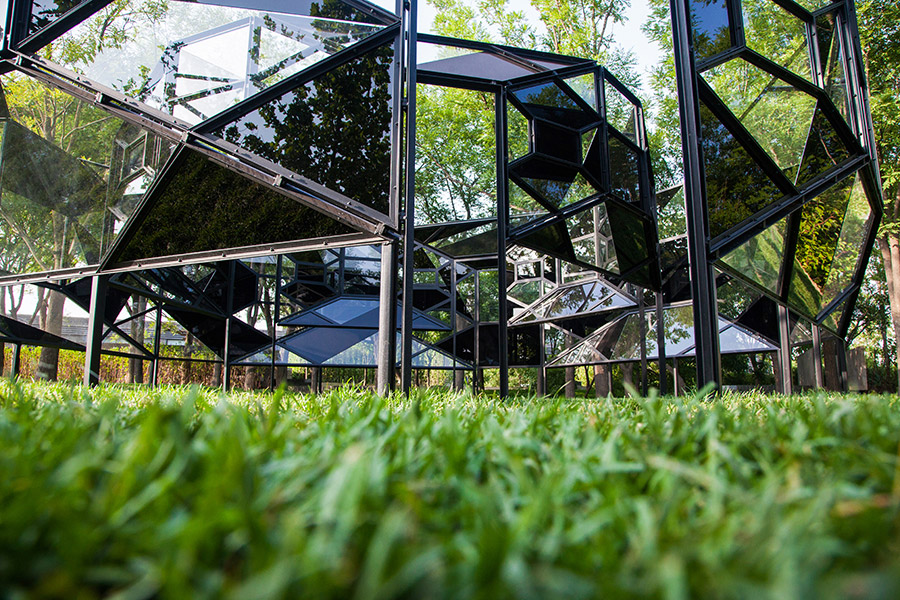 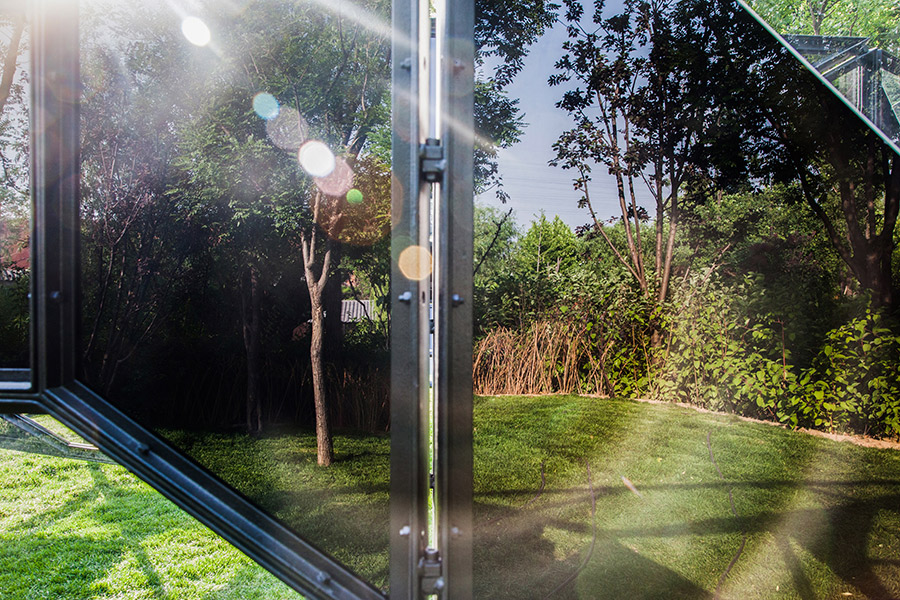 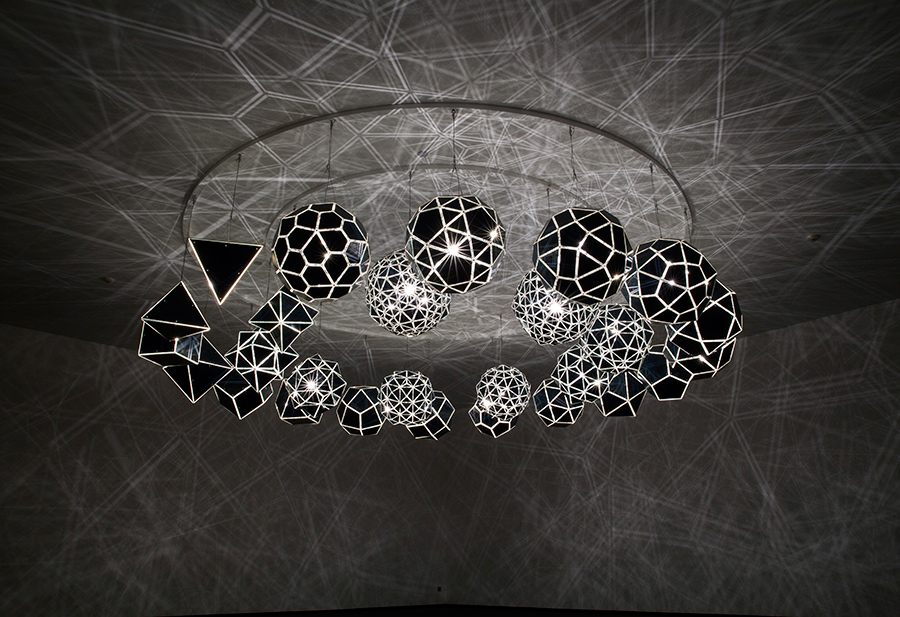 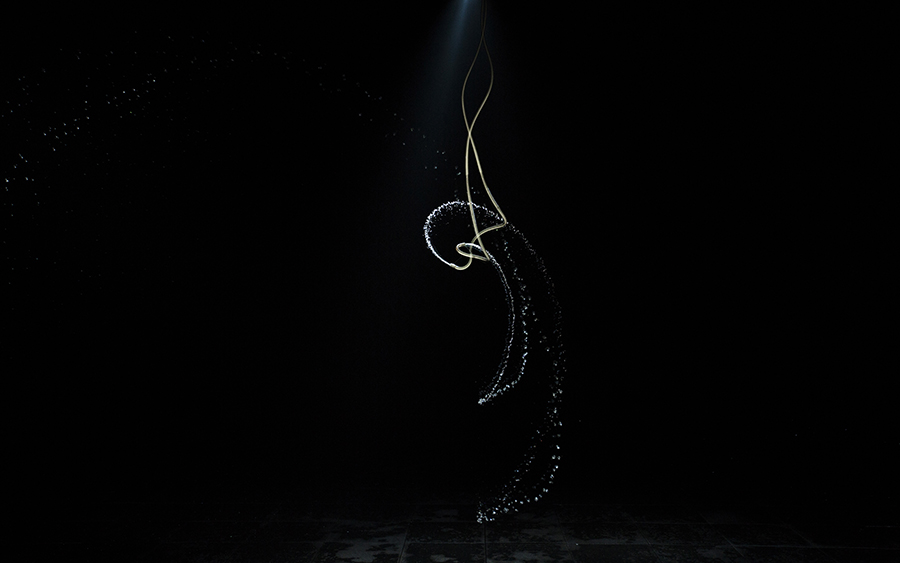 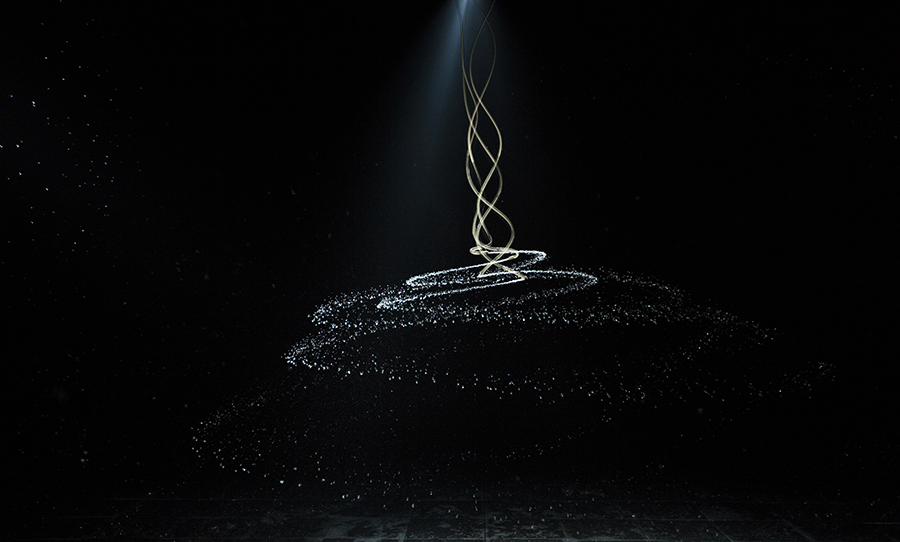 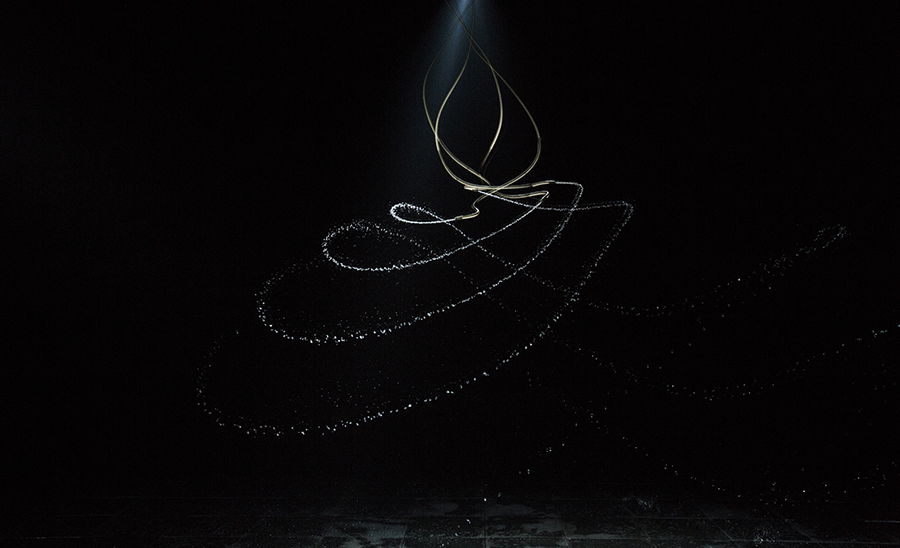 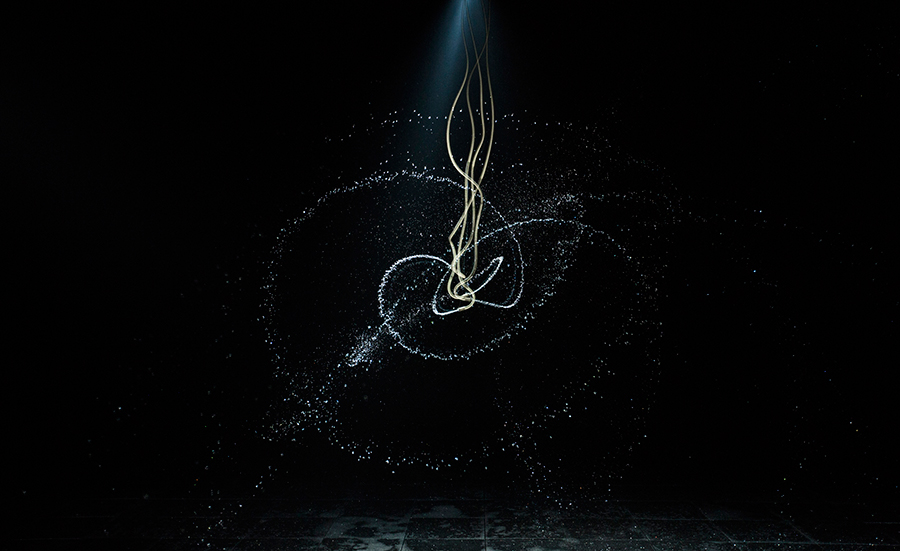 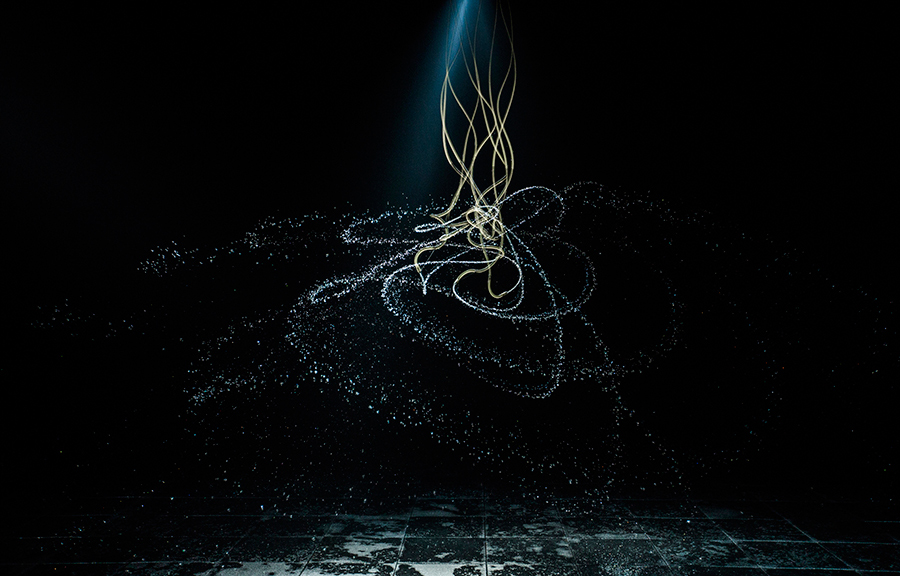 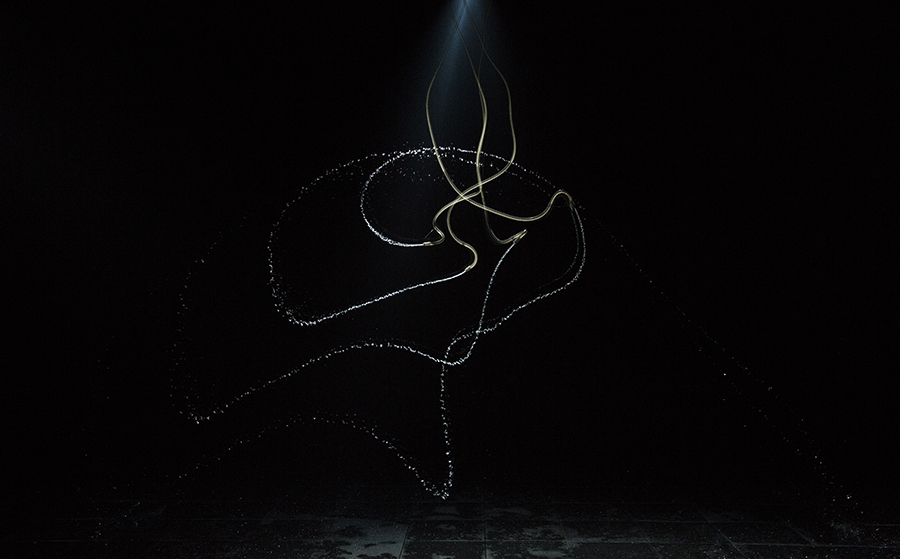