Wu Shanzhuan was born in 1960 in Zhoushan, China. He graduated from the Zhejiang Academy of Fine Arts (now China Academy of Art) and the Hochschule für bildende Künste in Hamburg. As one of the leaders of the ’85 New Wave Movement, Wu founded a group called “Red Humor” in 1986 and “Red Humor International” in 1990, breathing new life into Chinese conceptual art by giving humorous and ironic expression to political themes. Inga Svala Thórsdóttir was born in Iceland in 1966. She graduated from the Icelandic School of Arts and Crafts and the Hochschule für bildende Künste in Hamburg. She founded “Thor’s Daughter’s Pulverization Service” in 1993 and BORG in 1999. Since 1991, Wu and Thórsdóttir have been working and exhibiting collaboratively. They are now based in Hamburg and Shanghai.

The exhibition includes paintings and painting installations such as “Thing’s Right(s),” “Color into the Exploitation,” and one of the four parts of “Where is a Meat, There is a Love, Indexed.” In the mid-1990s, Wu and Thórsdóttir shifted from human rights to “thing’s rights.” In the 30 watercolors at this exhibition, “thing’s rights” are extended and become the reference point for human rights. The inscriptions refer to rights that one ought to have in a modern society, like rights to education and property. “Color into the Exploitation” consists of 121 mosaic-like color-blocks that combine to make up two Chinese characters meaning “exploitation,” taking up the whole wall. As the viewer gets closer to the wall or moves away from it, the two characters appear or disappear intermittently, reminding one of various kinds of real yet covert exploitation.

Also included in this exhibition are two neon light works, “To Buy Is to Create” and “Today No Water.” These two important themes have frequently appeared in the form of words and concepts in their paintings, installations, novels, poems, and other experimentations from the late 1980s and early 1990s. By associating creativity with purchasing power, “To Buy Is to Create” is concerned with the disenchantment and remodeling of the essence of art, as well as reflections on the rapid development of the market economy in China in the late 1980s and early 1990s. “Today No Water” is based on Wu’s experience of everyday life in China in the 1980s. The notice simply informs residents of the result without giving any explanation, and the residents were supposed to accept it unconditionally. This oversimplified manner of community work, regarded as quite normal back then, is also satirized and criticized in these works. In this exhibition, the highly saturated neon lights add a strong visual impact, reinterpreting the artists’ understandings of consumerism and power respectively in these two works.

The exhibition also presents “Bilocation,” a video and sculpture installation by American artist Tony Oursler. Oursler was born in 1957 in New York. He graduated from the California Institute for the Arts and is now based in New York. Having been actively involved in video art as an experimental artist since the 1970s, he often connects video with sculptures to produce magic worlds inside dark rooms and environments. Over the last twenty years, he has produced a series of face videos, which, when projected on puppets, balls, and other nonplanar surfaces, unveil fleeting changes in light and shadow, consciousness, emotion, language, and sound. “Bilocation” features two faces of a male and a female in conversation. Their uncanny facial expressions and fragments of nonsense words tell of the continued efforts to explore dream worlds in surrealist films, but they also produce unique visual and dramatic tensions. 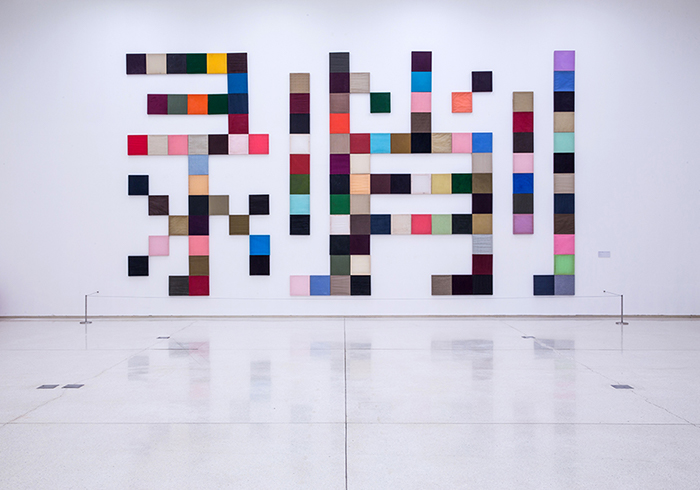 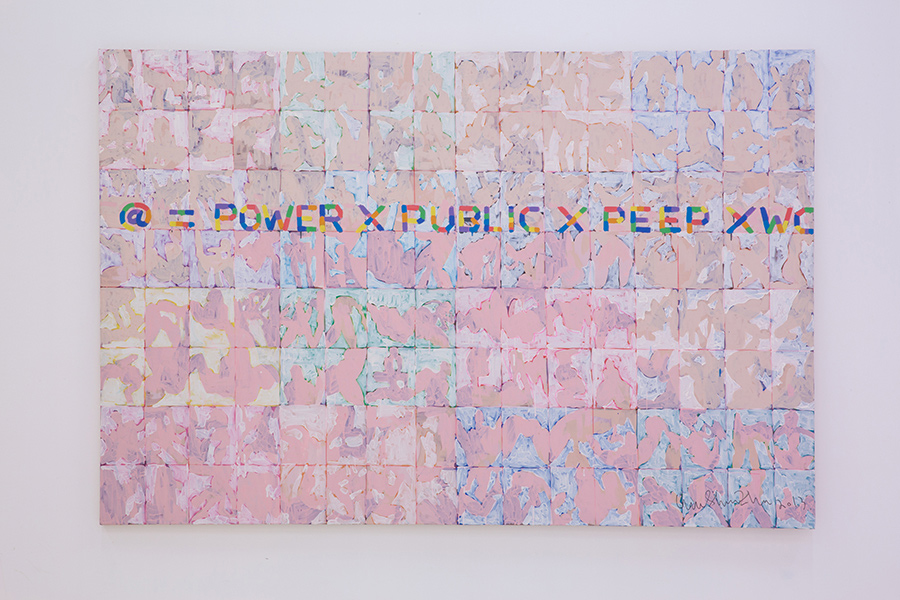 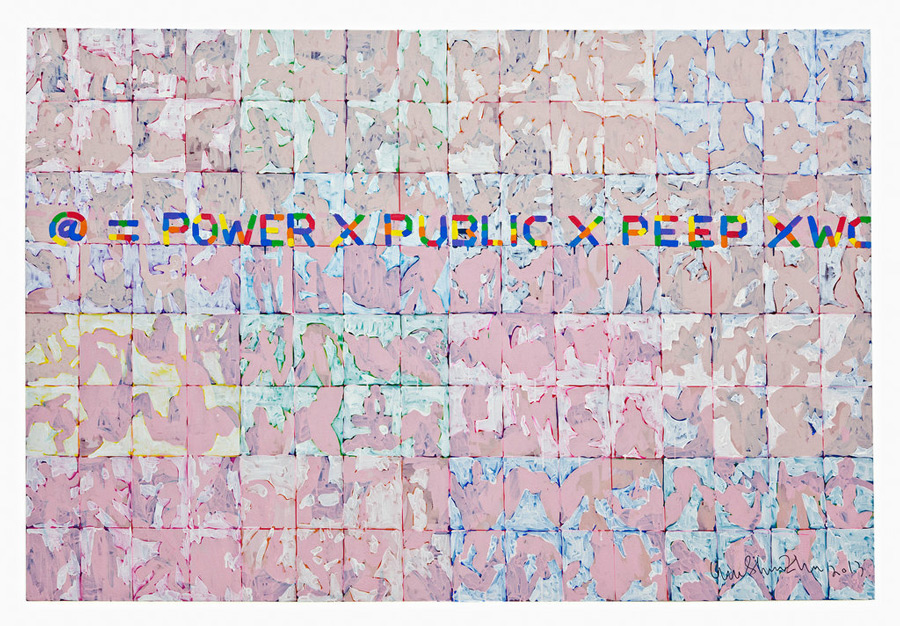 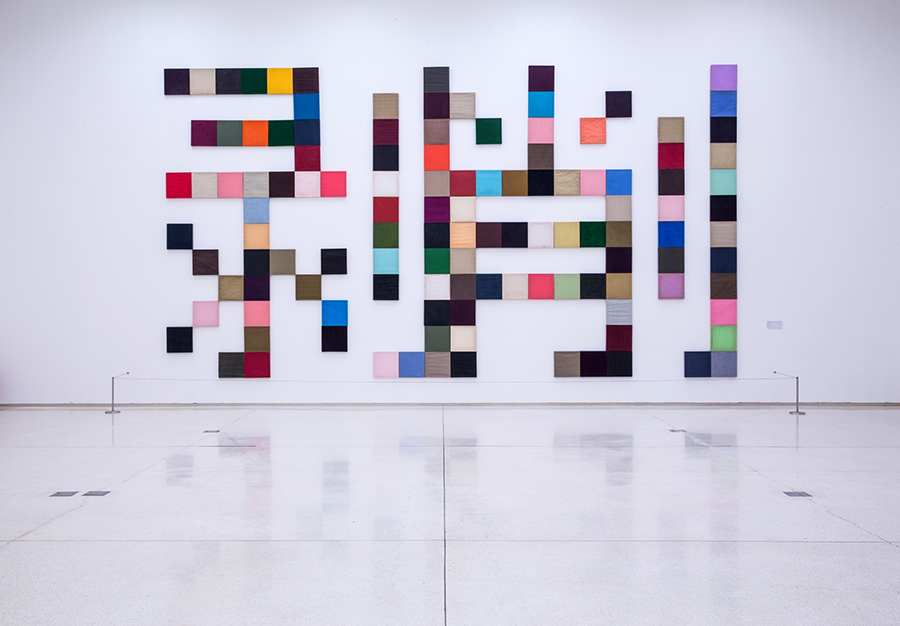 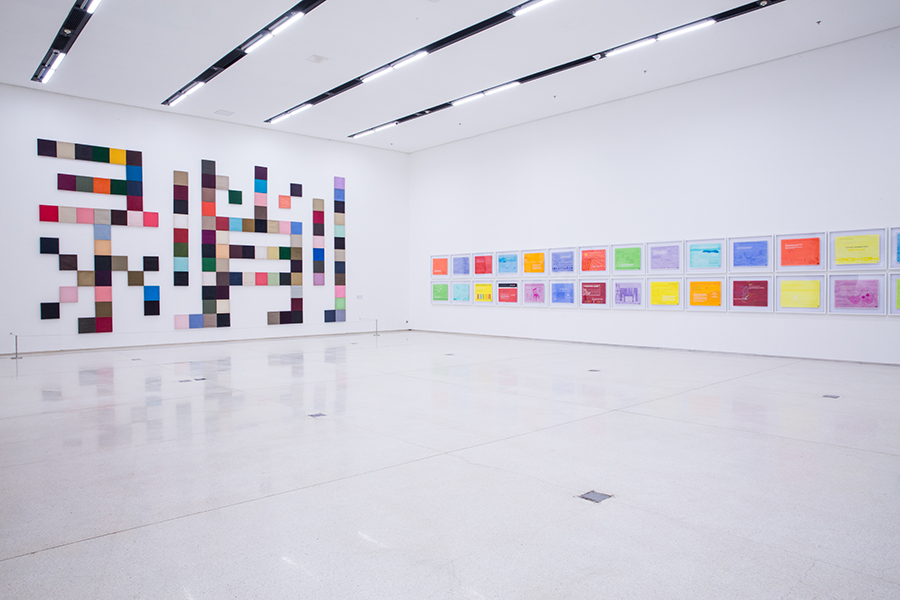 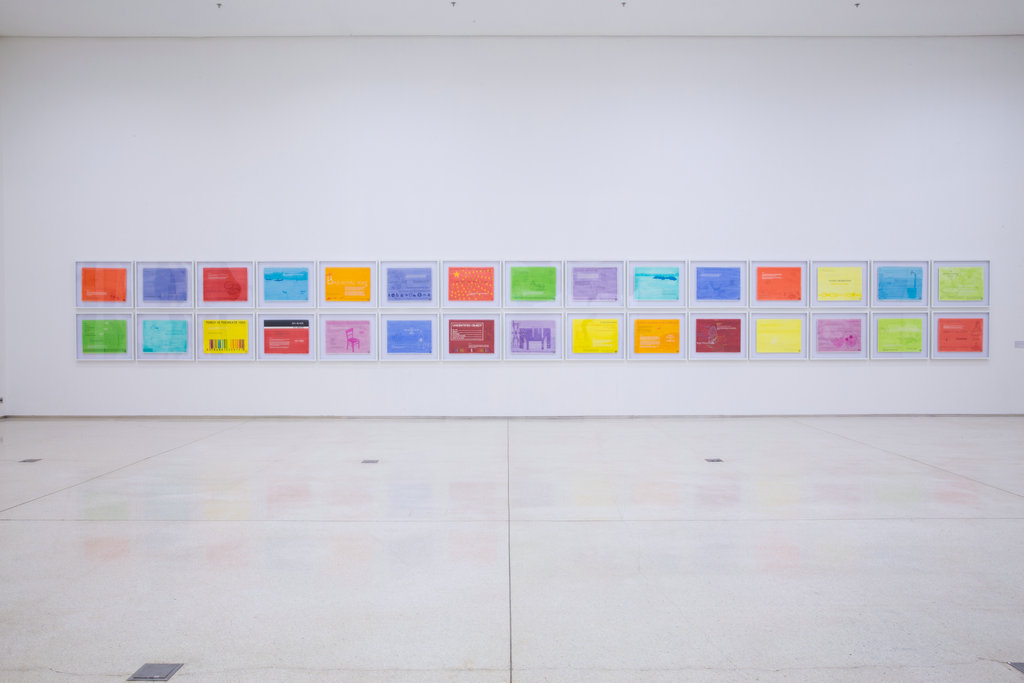 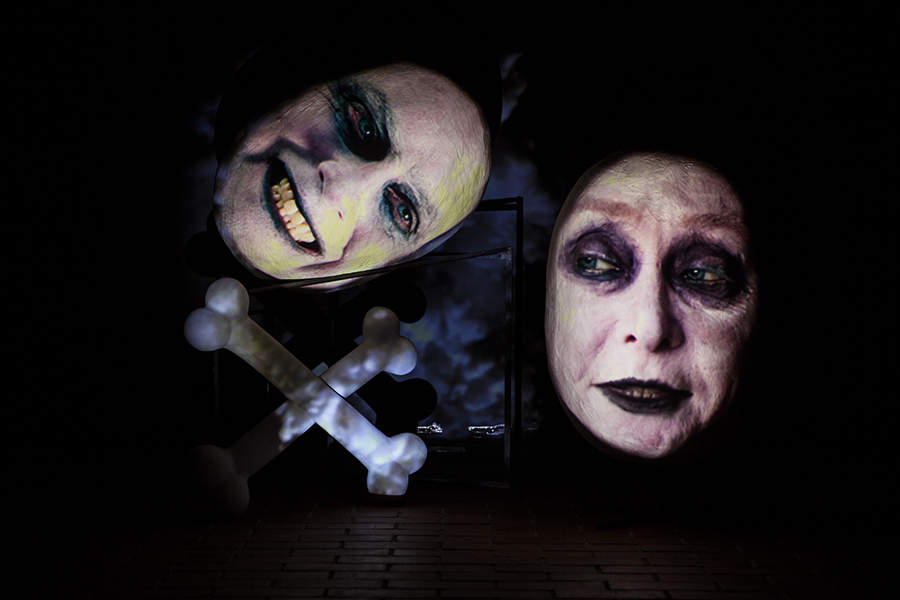 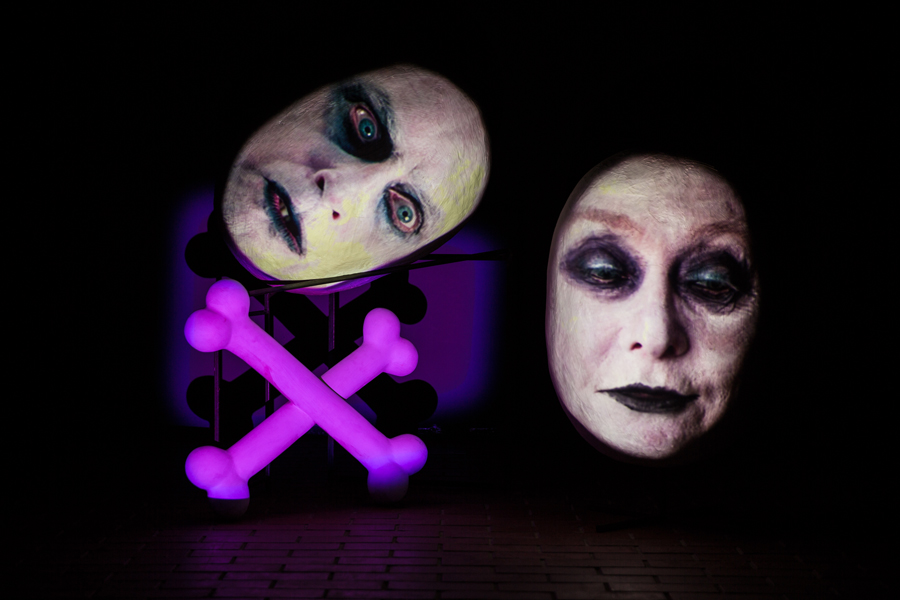 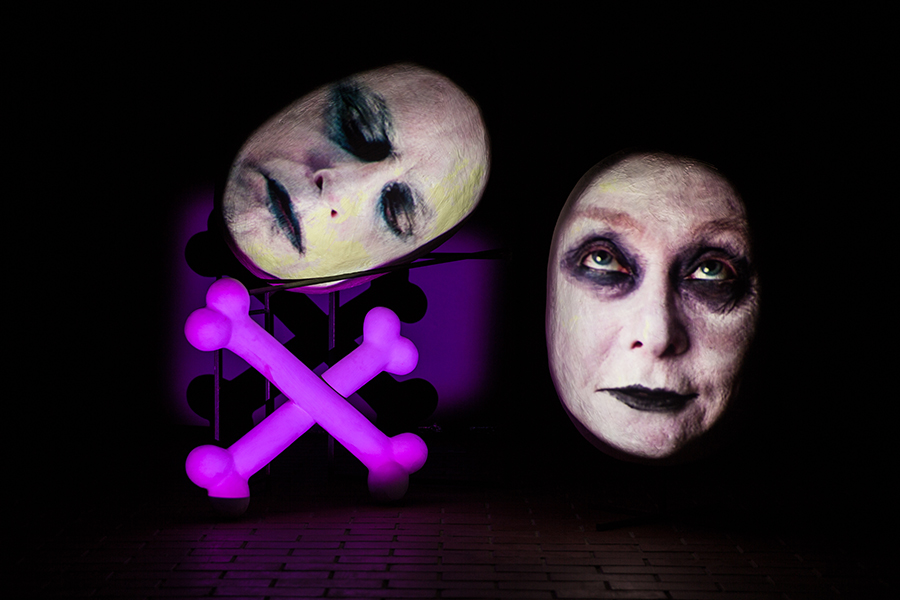 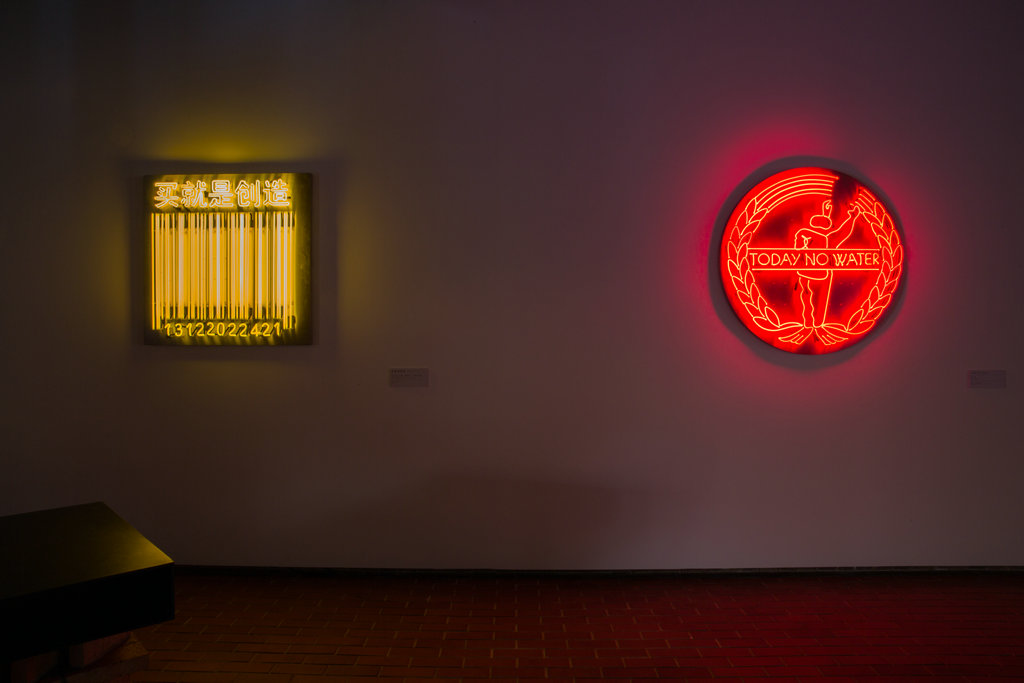 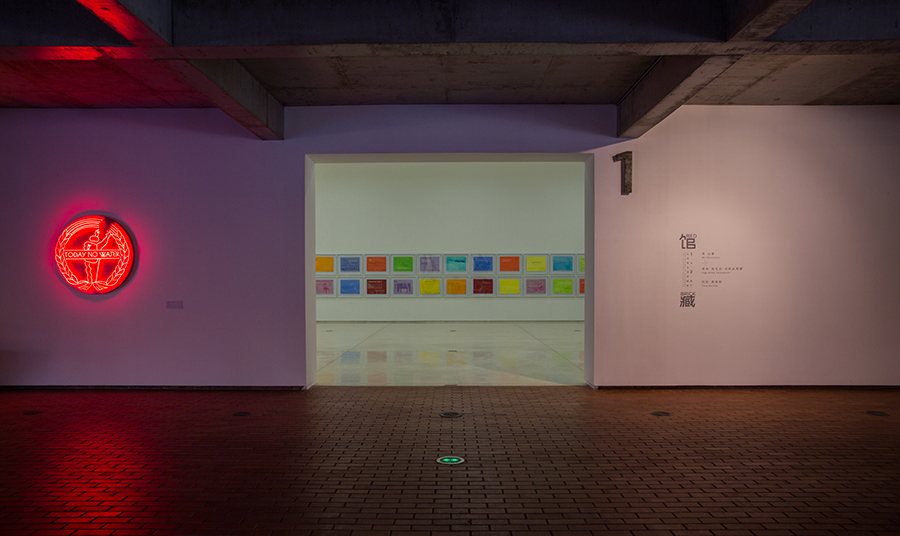