Sarah Lucas, one of Britain’s leading and most influential artists, holds her largest solo exhibition to date in Asia at the Red Brick Art Museum opened on November 1st 2019. Curated by Yan Shijie, director of the museum, the exhibition will feature more than 100 works from Lucas’s thirty-year career, bringing together important past works and new pieces created especially for the project to reflect the creative trajectory of this uncompromising British artist to a Chinese audience.

30 Years of an Artistic Career Reviewed in China

In 2018, at the time of Sarah Lucas’s major retrospective at the New Museum in New York, her first solo exhibition in China was being planned on the other side of the Pacific.

This exhibition is regarded by Sarah Lucas as “A big show surveying my career of thirty years.” She will complete a series of new works during her residency in Beijing. “I don’t have a strong sense of what and how Chinese people think about the cultural, conventional, audacious, radical, conservative — things that I have some sense of, in England at least.”
This does not affect her expectations regarding her first exhibition in China. “I always think making an exhibition is an artwork in itself. In different fields and cultural contexts, the cross-cultural dialogue inspired by the works will be different, so I am all eyes and ears and antennae.”

A member of the YBAs (Young British Artists) that emerged in the 1990s, Sarah Lucas was born in London in 1962 and grew up during the 1980s, in Thatcher’s conservative Britain. During her time at Goldsmiths College, she became dissatisfied with the minimalism-influenced sculptures she had created so far, and, inspired by feminist literature, pornography, and sexuality, she began to turn to cheap and accessible materials that she felt were relevant to her life.

Over the past three decades, Lucas has used found and everyday objects to create her unique and highly vocal visual language, transforming common items such as furniture, food, tabloids, stockings, toilets, and cigarettes into confusing and ridiculous or bold, humorous, and confrontational works of art. In her New York Times review of the New Museum show, Roberta Smith highlighted the “unrelentingly challenging attitude” of Lucas’s work and noted that “her blunt yet ambiguous meditation on gender, class and language make her one of the few great artists to emerge from the YBA ranks…”

“I believe that the Chinese audience is ready for the upcoming cultural hurricane of Sarah Lucas,” curator Yan Shijie said. “The YBAs that emerged in the 1990s were rooted in a special era. Compared to 30 years ago, the world has undergone drastic changes. This exhibition will show everyone that Lucas, as an important YBA member, has maintained her strong creativity and persisted in her ways, keeping her style consistent, yet responding positively to this era.”

Sarah Lucas is best known for using various objects as extensions or replacements of the human body. Her suggestive works usually use consumer goods, for example agricultural products and food, as well as symbols of the working-class, such as cigarettes, beer cans, toilets, bathtubs, and automobiles. During her residency in Beijing, Lucas will create new works with local found objects, such as has been done before with old bathtubs and cars.

The Au Naturel installation created in 1994 is one of Lucas’s early masterpieces. The work features a discarded mattress against a wall, with various objects placed upon it. A bucket and two melons represent the female physique, while two oranges and a cucumber are placed in a suggestively phallic position. The artist thus showed the human body through the use of food, and a decade later, she described herself as a toilet: a container for digested waste.

Lucas often utilized the toilet element in her later sculptures, for example Floppy Toilet (2017), which comprises a series of toilet bowls cast in yellow resin, similar to the color of urine. Their anthropomorphic character and translucent materiality lend them an unexpected grace that contradicts their scatological implications. “Humor” is the key entry point for Lucas’s work. By creating a “female” toilet, as an opposition to the “male” urinal in Marcel Duchamp’s Fountain (1917), she pays tribute to Duchamp and, at the same time, tries to make up for the lack of female artists in avant-garde art practices of the 20th century.

Cigarettes occupy an important position in Lucas’s early creations: she sees them as a symbol of manhood as well as misconduct. In proverbs, cigarettes were once called “coffin nails.” They could very well be the most popular and commoditized symbol of death of our time. Christ You Know It Ain’t Easy (2003) consists of a cigarette-coated effigy of Jesus hanging at the center of a giant Cross of Saint George — the English flag. Themes of nationhood, religion, blasphemy, smoking, and mortality come together in this comic reinterpretation of the Crucifixion, which was shown in the exhibition. In the large-scale sculpture Epitaph BLAH BLAH, a mangled car has been meticulously coated with cigarettes. Forming a mosaic-like carapace across the car’s bodywork, the cigarettes stand in stark contrast to the damaged car with its wrecked exterior and exposed engine. Overlaying a specter of brute violence with a subtler — and painstakingly wrought — insinuation of mortality.

The Self-Portrait photograph series, taken from 1990 to 1998, is an important part of Sarah Lucas’s artistic practice, for which she served as both creator and subject. In the photographs, she wore neutral, androgynous clothing, yet retained feminine, erotically suggestive gestures. In the end, the viewers were presented with both the artist’s subjective creation and an objective entity. “Many of Lucas’s early works have autobiographical characteristics and lean towards the ‘masculine’, or at least deliberately ‘anti-feminine’, or androgynous,” famous feminist art historian Linda Nochlin once commented. “It was the arbitrariness of gender identifications, their sleazy crudeness in modern popular representation that Lucas was after in this show, the way they could still shock and make the public take notice, the way they could still call attention to the arbitrary structure of power relations both personal and social, especially where sex was concerned.”

The Bunny series of 1997 approximated female forms — fragile, available, literal — through iconic pantyhose and found objects. First shown in 2009, the NUDs sculptures similarly consist of nylon tights stuffed with fluff and fashioned into ambiguous biomorphic forms. It achieved a paradoxical combination of sturdiness and fragility. Lucas’s new works belonging to the Bunny and NUDs series, specially created for this exhibition, will also be presented to viewers.

The creation of the Penetralia series, resembling mysterious ancient totems, began in 2008. It consists of plaster casts of flints found in the landscape around her Suffolk home, which she combined with untreated timber and various found objects. This series dates from shortly after Lucas’s permanent move to the Suffolk countryside and bears witness to a new engagement with the British landscape and its pagan resonances. The series marks the first appearance of mystic characteristics in Lucas’s work.

On the opening day of the exhibition, the artist brought her performance act One Thousand Eggs: For Women, inviting women and men in female clothing to join her in the act of throwing/hurling/lobbing fresh eggs — objects often associated with female fertility — at the white walls of the gallery space. Eggs in various forms — smashed, raw, fried — have been present throughout Lucas’s œuvre as a recurring motif, used simultaneously for symbolic and comedic effect. The resulting wall of dried streams of yellow yolk, egg white, and eggshell will stand as a record of this happening. “You can let a lot out,” said Lucas. “It is a liberating thing and I don’t think women are letting it out.”

Presenting YBAs over a Span of 25 Years

The Red Brick Art Archive presents about 35 photographs taken by her friend and photographer Johnnie Shand Kydd. In the 1990s, he started photographing artist friends including Sarah Lucas, Damien Hirst, Gary Hume, Angus Fairhurst, Mat Collishaw, and Jake and Dinos Chapman, especially in their own studios, clubs, bars, and other social places, thereby becoming the chronicler of the YBA movement.

The works span 25 years and record Lucas and her friends from 1996 to the present, with Lucas having remained a consistently compelling subject for the photographer. As shown in these images, she either chooses to ignore the camera’s presence entirely or to confront it head on — it is always on her terms. As Shand Kydd notes, “It is almost impossible to take a photograph of Sarah that doesn’t intrigue on some level.”

The Archive also presents an extensive collection of catalogs, manuscripts, and ephemera displayed alongside films of Lucas made by her partner Julian Simmons, giving the audience an intimate portrait of this radical artist.

*In view of the particular nature of certain content, visitor discretion is kindly advised. Please be noted that no minor shall be granted entry without an accompanying parent/guardian present. For more information, feel free to write us at service@redbrickartmuseum.org or call us via +86 (0)10 8457 6669 ext. 8800.

Following her participation in the seminal group show ‘Freeze’ (1988), early solo shows included a presentation at the artist-run gallery City Racing, London, and ‘The Whole Joke’, Kingly Street, London (both 1992).

Yan Shijie, founder, director and curator of the Red Brick Art Museum. Always adhering to the value of ‘academic-oriented and quality first,’ he is a pioneer in proposing and implementing the concept of ‘ecological museum experience’ in China. In 2016, he curated the exhibition ‘Identification Zone: Chinese and Danish Furniture Design’ which was the first design-centered dialogue between Chinese classical furniture and Danish furniture masterpieces. In the largest Sino-German cultural exchange project in 2018, ‘Deutschland 8-Deutsche Kunst in China’, Yan Shijie as the deputy general curator together with the general curator Fan Di’an and Walter Smerling curated ‘Prologue-German Informel Art’. In 2018, he curated ‘The unspeakable openness of things’-the largest solo exhibition of Olafur Eliasson in China to date. Other well-received exhibitions curated by Yan Shijie include ‘Izumi Kato’ (2018), ‘Andreas Mühe: Photography’ (2018), ‘Andres Serrano: An American Perspective’ (2017) and ‘Wen Pulin Archive of Chinese Avant-Garde Art of the 80s and 90s’ (2016).

With support from: British Council 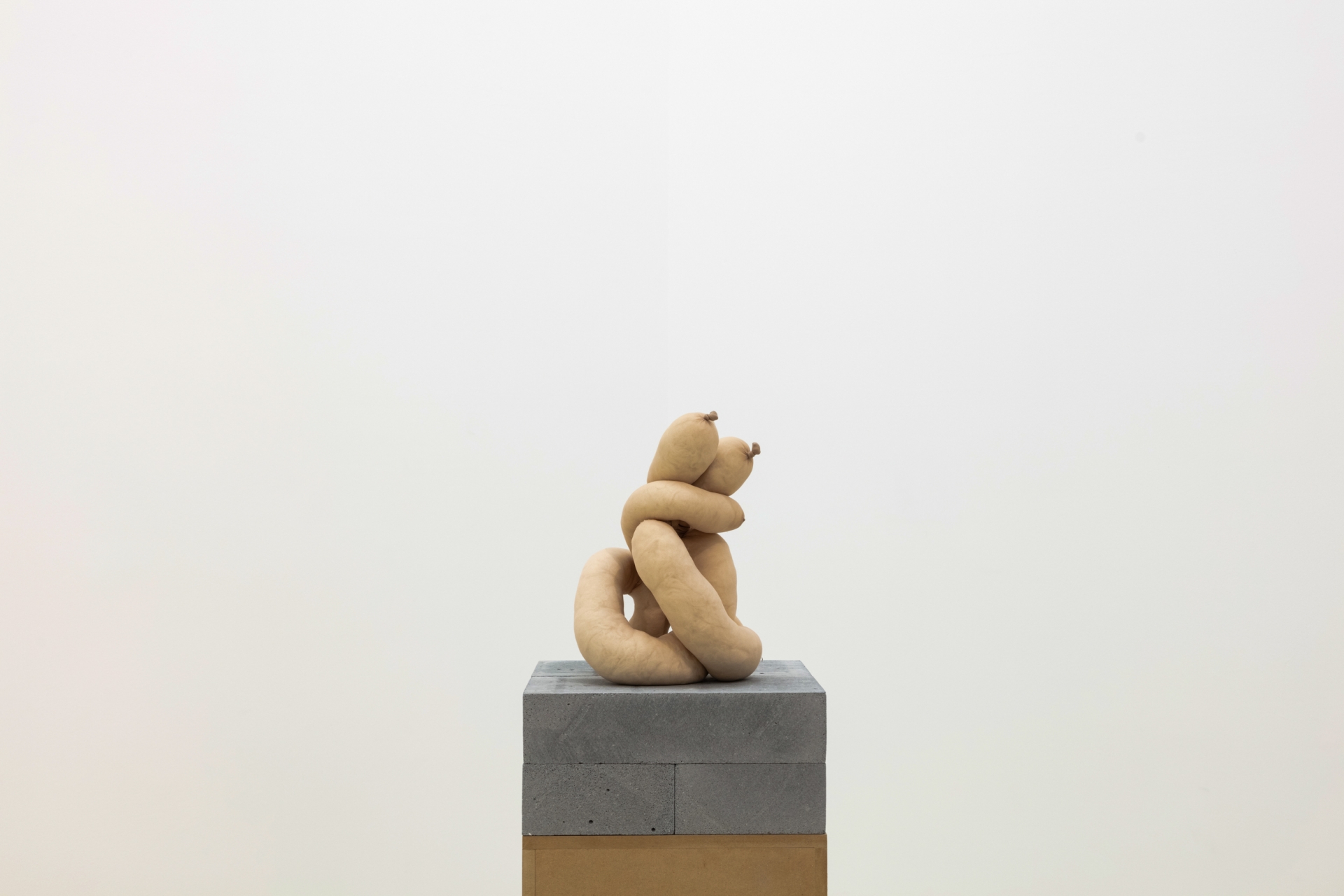 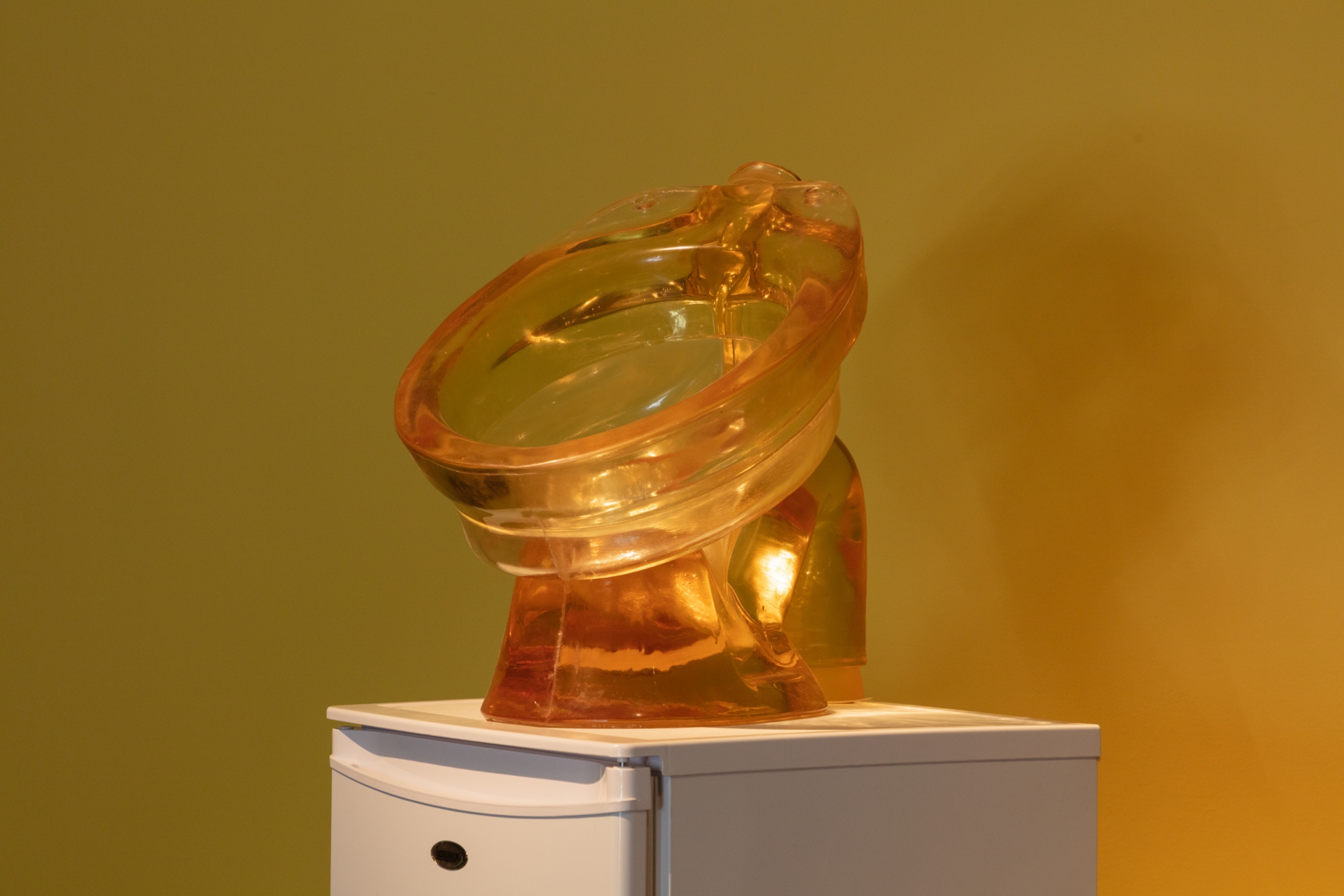 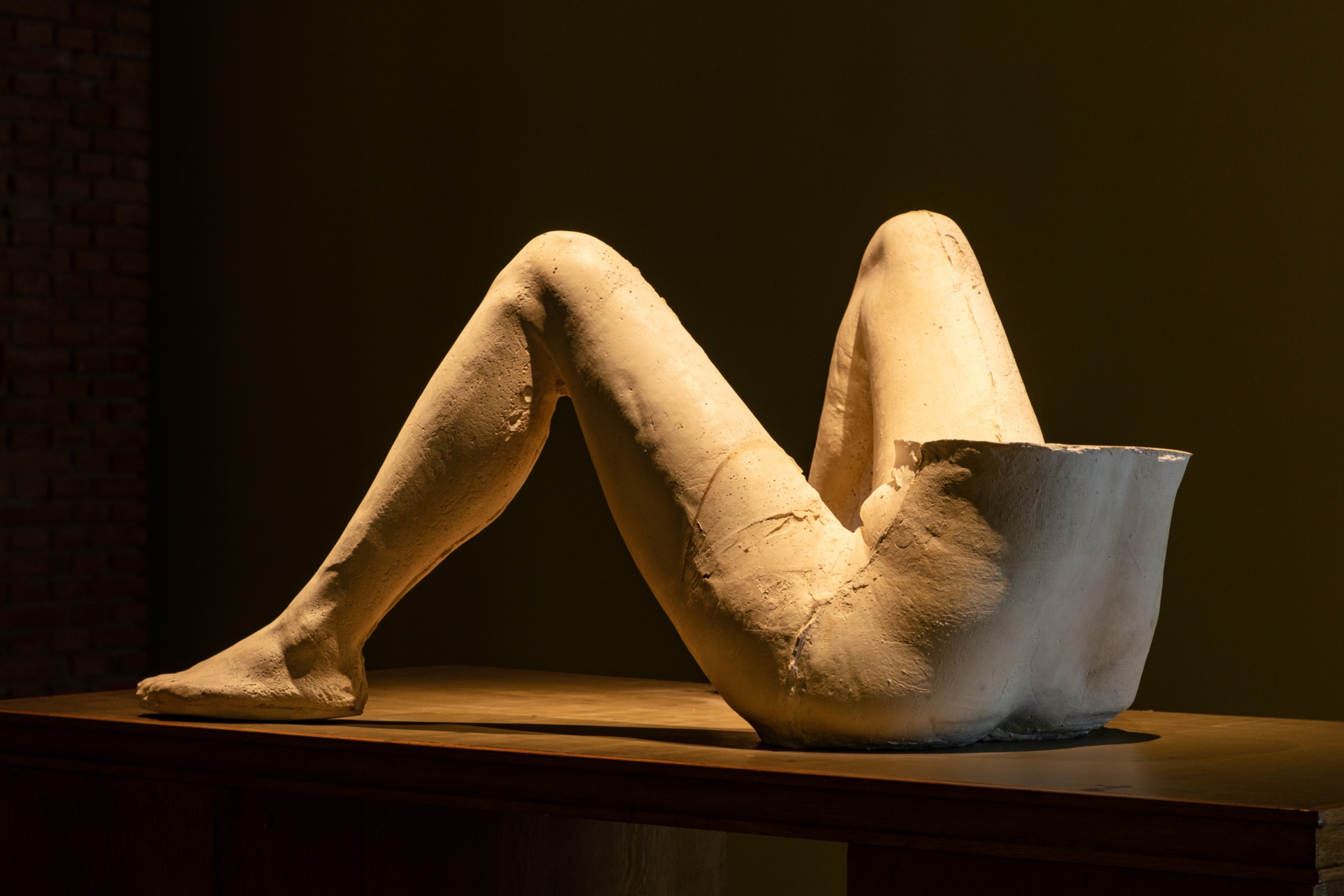 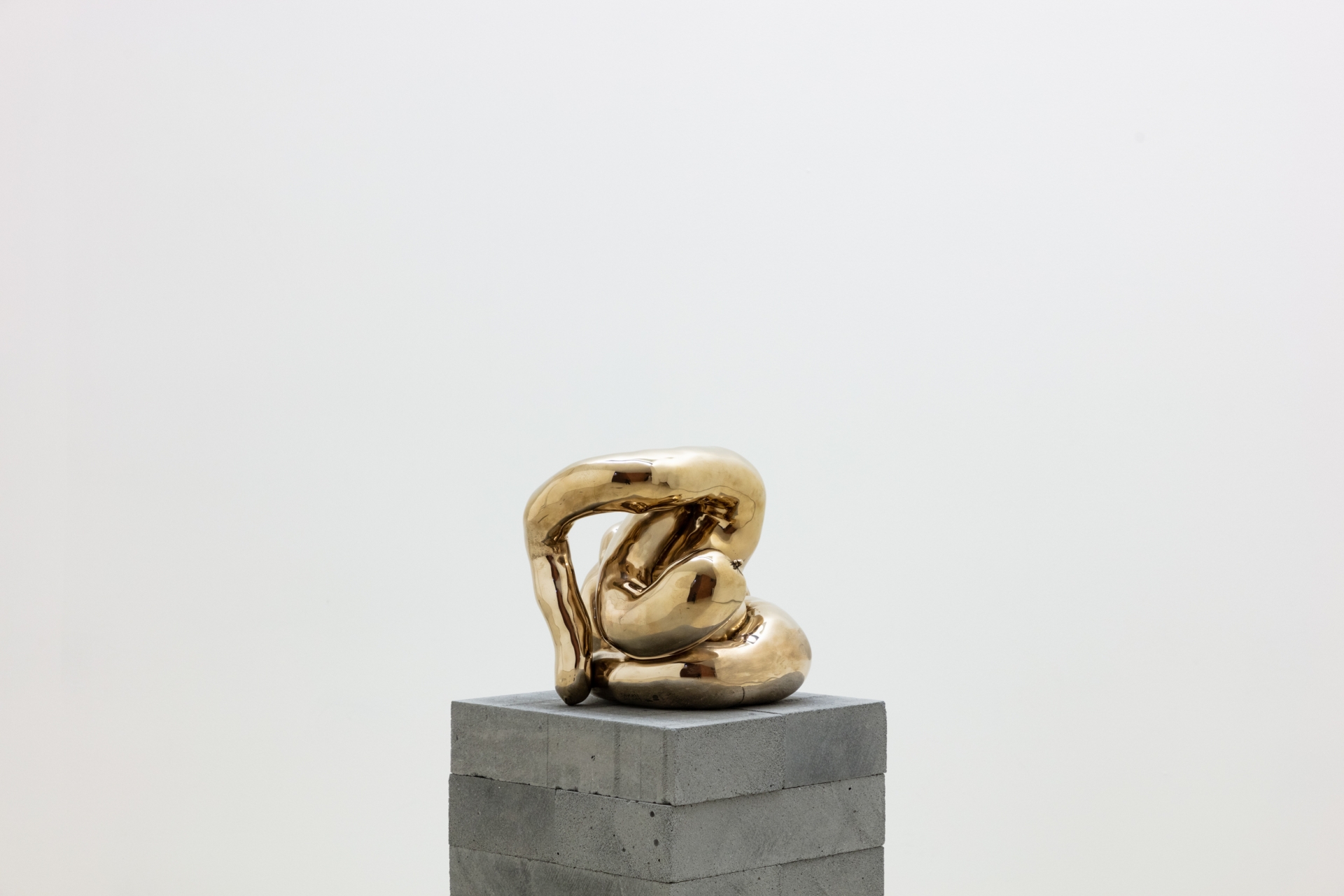 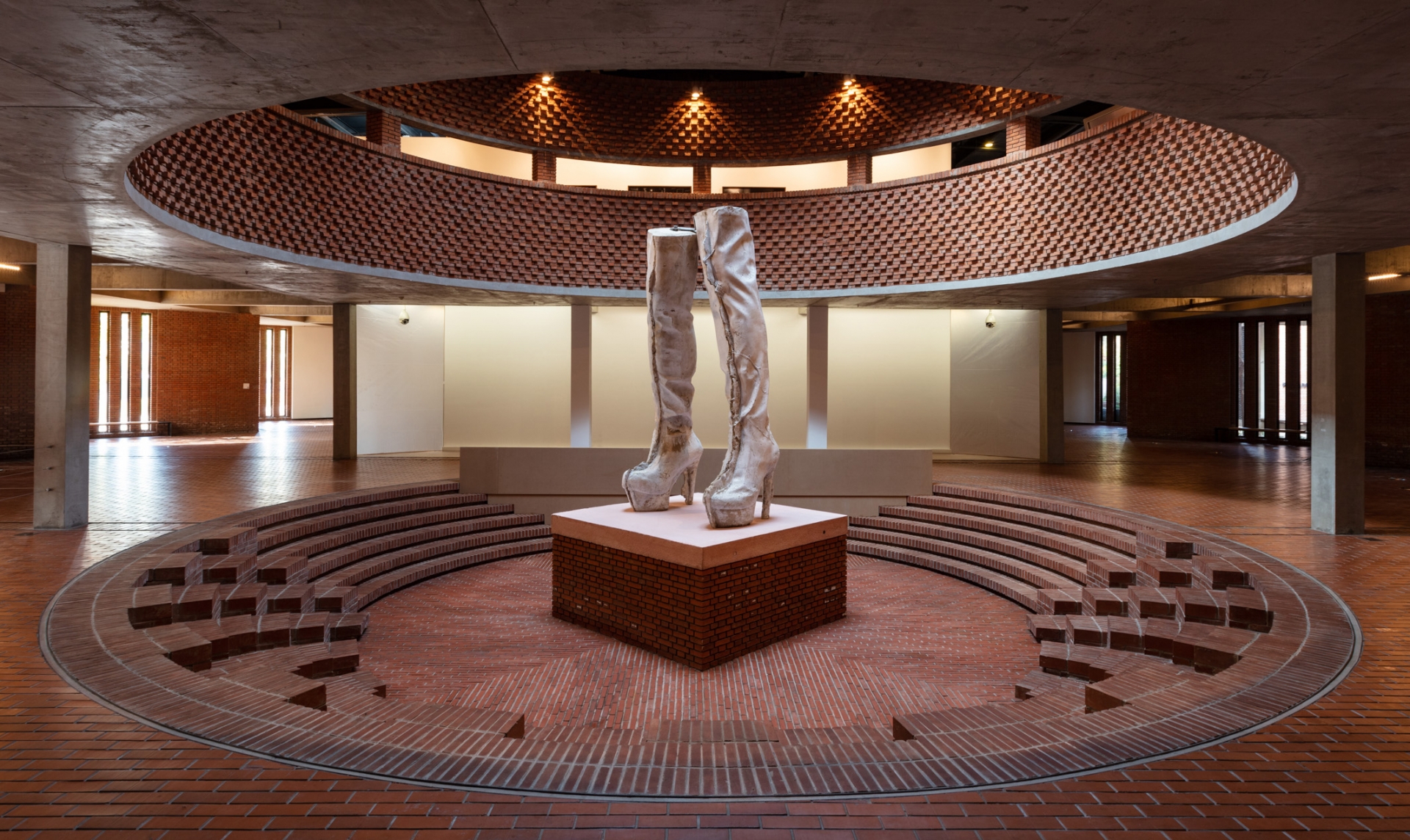 Christ You Know It Ain’t Easy 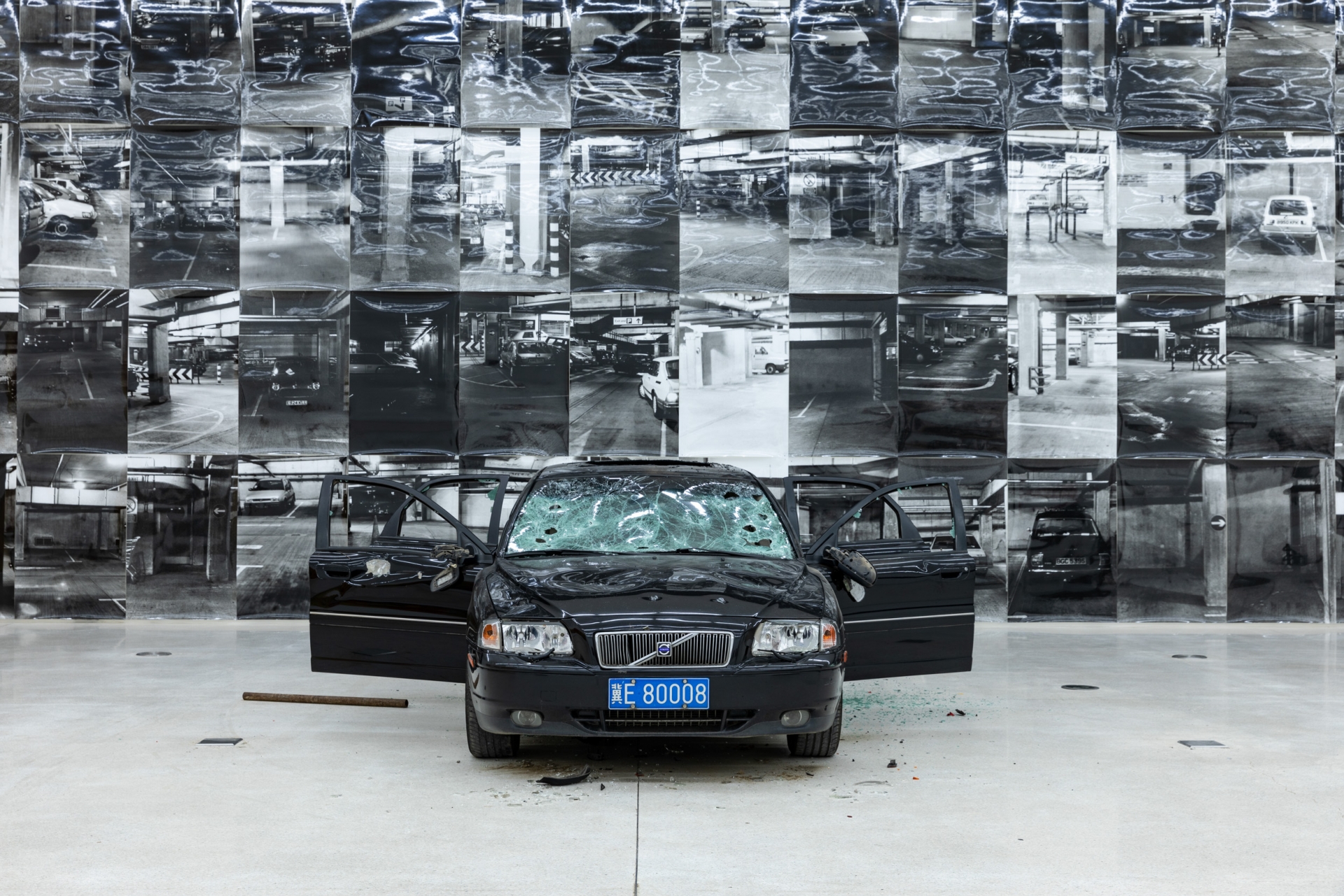 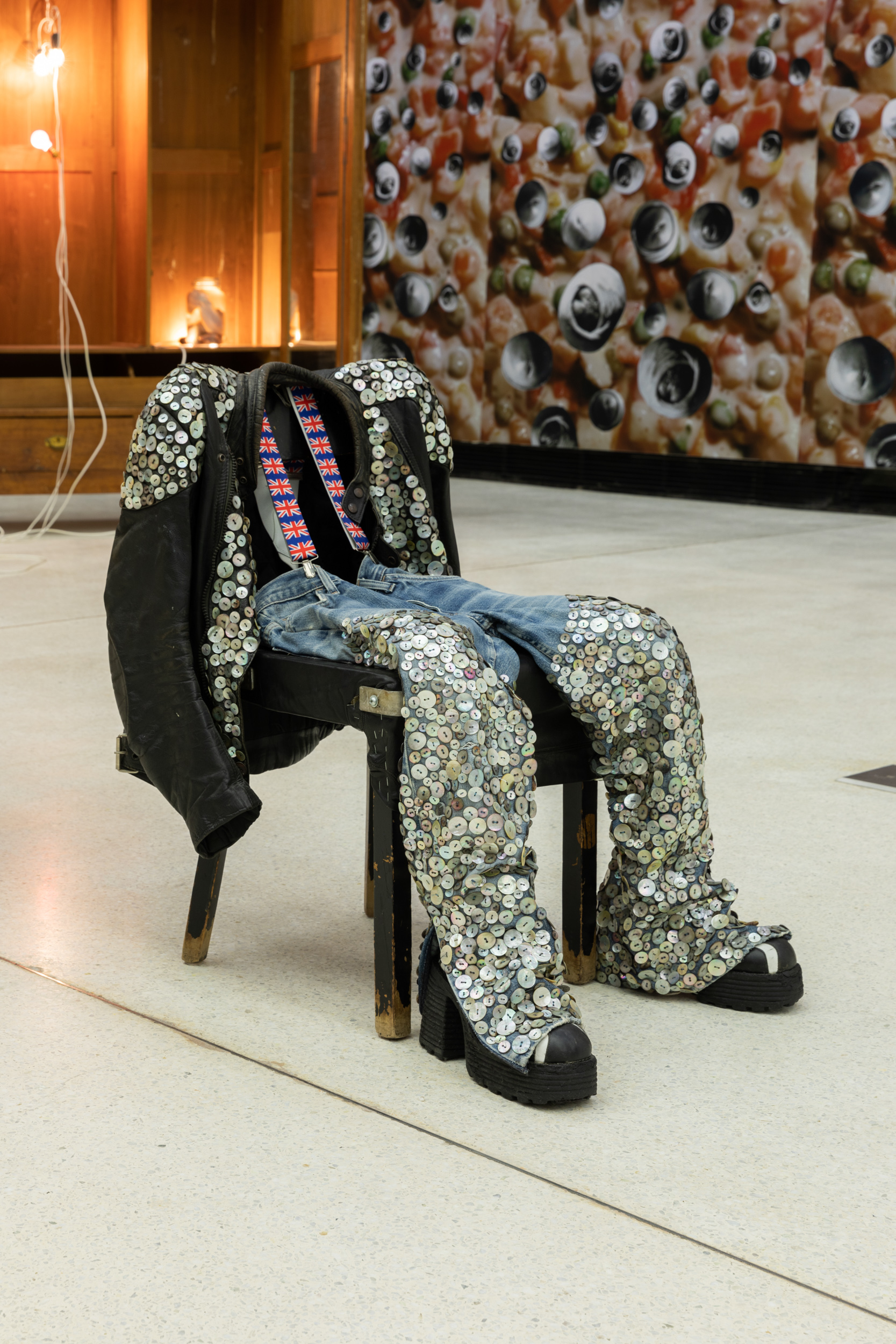 All We Are Saying Is Give Peace A Chance

Get Hold of This Bucket of Tea B She She Ta Ta 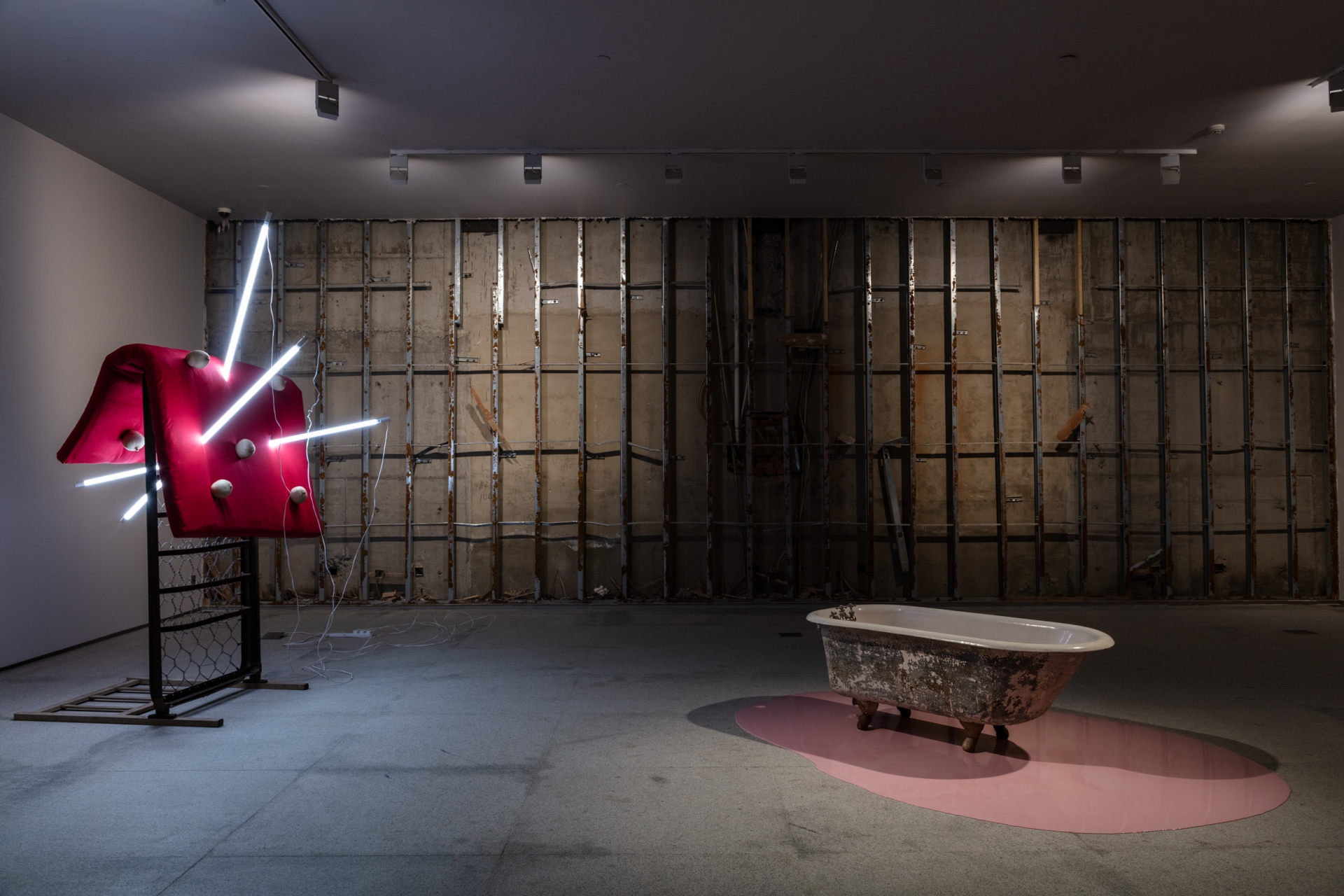 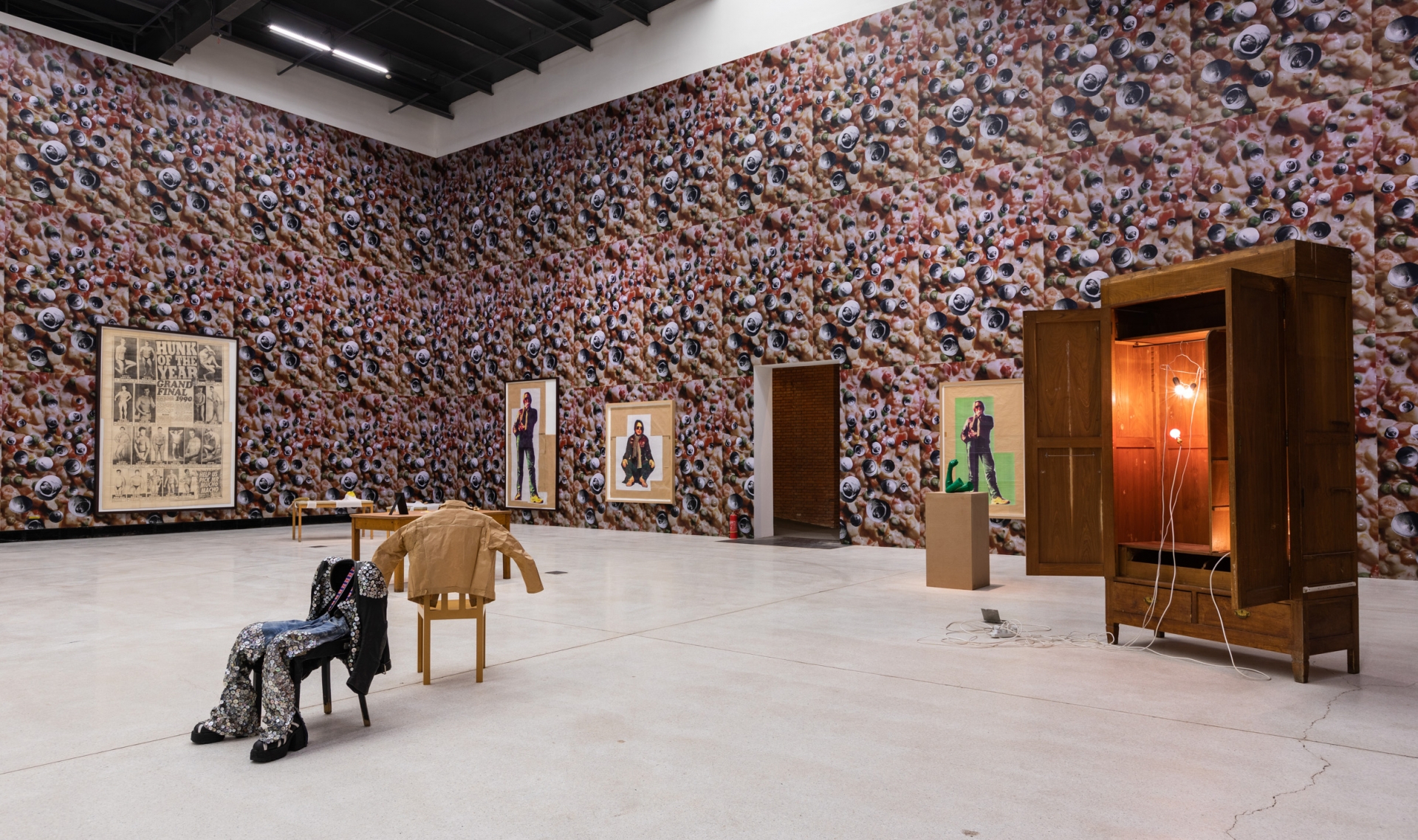 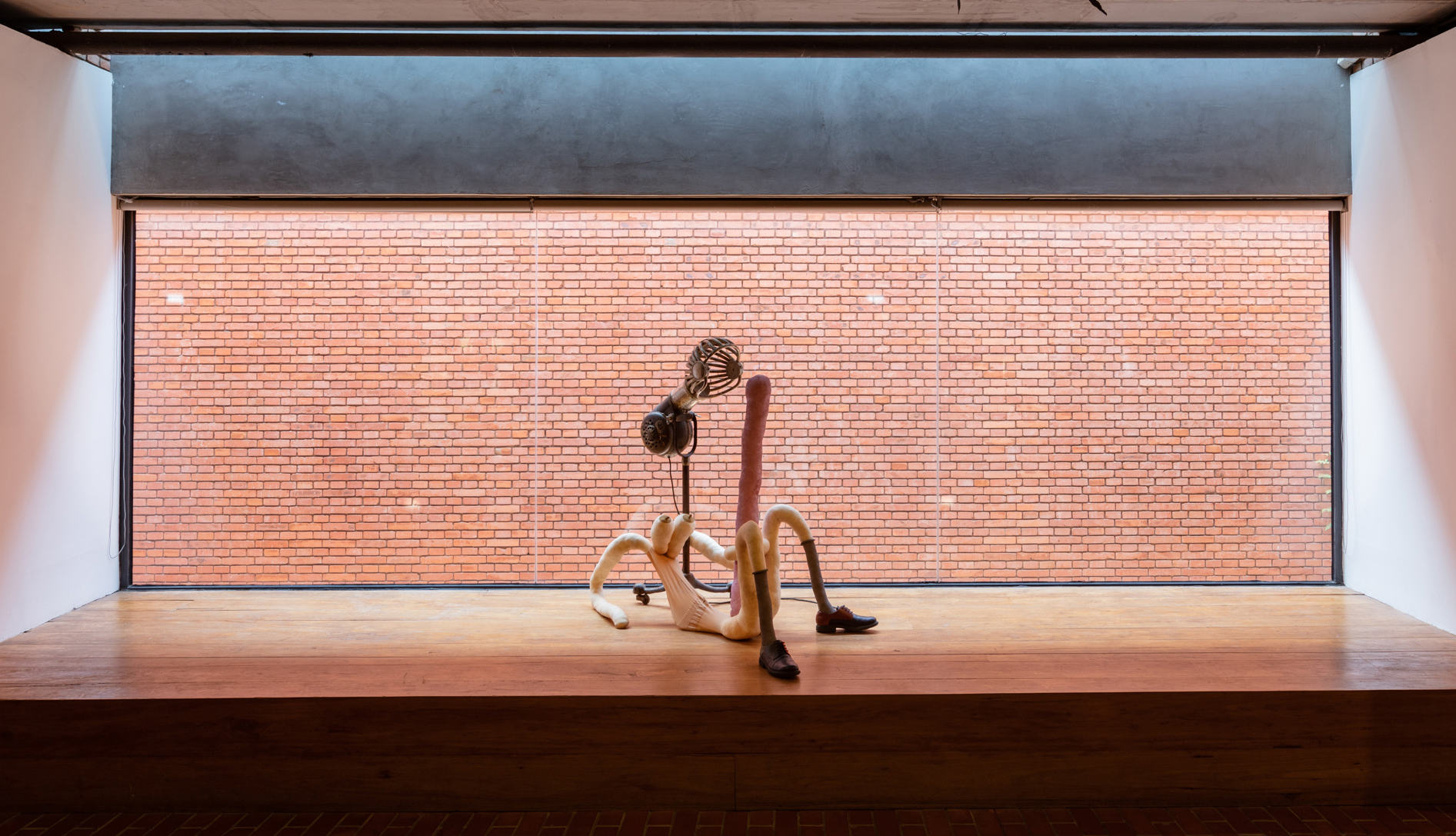